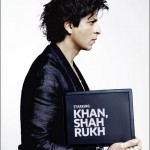 1 thought on “ShahRukh Khan’s Special Appearances are injurious to your Box Office!”