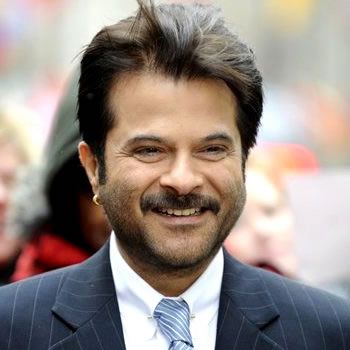 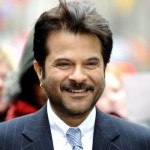 The internet is abuzz with rumours coming in that Anil Kapoor, one of the most awesome Hindi film actors of the pastÂ 3 decades, will be a part of the Brad Bird directed fourth installment of the Mission Impossible franchise. If the stories are true, this might be the highest profile casting for an Indian actor since Amrish Puri in Indiana Jones and the Temple of Doom. Read the full story after the jump!

Deadline and Screenrant are both reporting the following news story:

Slumdog Millionaire‘s Anil Kapoor has been cast as a major heavy in the Brad Bird-directed film. He joins Girl with the Dragon Tattoo star Michael Nykvist, previously cast as a villain, and reports have French actress Lea Seydoux in the nemesis lineup. Tom Cruise stars with Jeremy Renner, Paula Patton and Simon Pegg. Kapoor followed up his Slumdog turn with the final season of the Fox series 24. via Deadline

Altough there are new reports coming in now that Anil will not be playing a villain but an integral supporting role in the MI:4 universe.Â  Mission Impossible 4 has had a rocky start from the get go. There were rumours Tom Cruise had lost the franchise when he left Paramount and even some rumours that the movie was going to be recast and rebooted with Brad Pitt in the role.

But since Brad Bird and Jeremy Renner came on board the movie has been gaining momentum again. And altough the J.J. Abrams’ directed Missions Impossible 3 didn’t deliver what the studios were expecting, it probably is my favorite of the trilogy and hearing thatÂ J.J.’s was involved in the conception even if it’s in a producers capacity makes me giddy.

Getting back to Anil Kapoor, this news has had my beans jumping since I read it.Â AnilÂ  has been known for delivering amazing work from the moment he started in Bollywood in the late 70’s. Altough his real breakthrough was probably Woh Saat Din (Which can be considered as a grown up and less over the top version of Hum Dil De Chucke Sanam).

He reached superstardom during the mid to late 80’sÂ  delivering a staggering number of critically acclaimed or hit movies ( eg Ram Lakhan, Mr. India, Parinda and many many more) Â when Amitabh Bachan, the Godfather of Bollywood, Â took a back seat from acting and joined politics.

The symbolic throne of King of Bollywood was empty and only Anil Kapoor was the rightful contender who deserved the crown.

It would have all worked out well unfortunately the essence of Bollywood changed almost immediately with the arrival of the Khan brigade (Bollywood Box Office Â has been ruled by these 3 actors for the past 20 years now!).

But Anil has consistently delivered high-quality work even in recent year heÂ shown his ambition to take a different path with his production company. And of course no need to mention his involvement inÂ Â international projects like Slumdog Millionaire and 24.

Plus he gave us the lovely Sonam Kapoor, his wonderful daughter who might not be a great actress yet but is defintely improving with every movie.

To understand the love that audiences have for Anil, here is a small clip from our friend Honey from the Dailey

Honey (Â do check out her site for all Bolly-gossip)

As you can see, we’re ginormousÂ  fans of Anil and hope this new role really works out for him!

What have your favorite Anil Kappoor moments been? Let us know in the comment secti0n below!