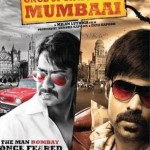 It’s that time of year again where we revisit the year that has passed and recap the best and worst moments. There will be quite a lot of “Best of”- lists appearing on the interwebz but Upodcast’s listsÂ are obvisouly the best .Â  So here is a rundown of the best Bollywood Albums of 2010! See the entire list after the jump!

Our friend FilmiGirl is running her “best of 2010″ lists on her blog and although usually we see eye-to-eye, for once I didn’t agree at all with the picks she made.

Â So we decided to put our own of list of best Bollywood SongsÂ together but realized that it is actually pretty hard to create list only ranked by songs. And especially coming to our top 3 we just couldnt pick single tracks that stood out. (unless you have the science of iTunes backing you up).Â  So instead of ranking our favorite songs, we went with our favorite Albums of 2010. Here goes nothing!

Pritam might not be my favorite composer but he is extremely effective in the style of music he delivers for commercial Hindi cinema and although accusations of plagiarism are rampant, I do find myself putting his songs and albums on repeat even when the film has come and gone. He has a knack for collaborating with singers with quite unique timbres and finds songs that really suit their style ie Atif Aslam, Mohit Chauhan or Tulsi Kumar.

â€œPee Loonâ€ which had a bit of â€œPehli Nazar Meinâ€ from Race hangover but still was sweet and this could have been an Atif song so I was glad to hear Mohit chauhan grab the mic instead as a change. Although the picturization might not have been that great (The scene where Emraan dresses up his girlfriend like Dimple Kapadia in “Bobby” and then jumps her bones Â just made me a throw up a little in my mouth!). â€œTum Jo Aaye Zindagi meinâ€ sung by Rahat Ali Khan and Tulsi Kumar was a nice soft ballad and barring the black face â€œPardaâ€ was passable lacing the album with 3 pretty decent tracks!

I have to be honest here, I haven’t checked out the full album and the chipmunk voices on the title track do not work for me at all. ButÂ I do have a lot of faith in director Farah Khan to add oodlesÂ of entertainment and mastiÂ and actually improving on the musicality of the album by making the songsÂ look awesome.

A Perfect example of this is â€œWallah re Wallahâ€ which would be a pretty average qawalli track if it wasnâ€™t for a certain special appearance. And of course Tees Maar Khan does have the 2nd most awesome item number of the year in â€œSheila Ki Jawaniâ€!

Another soundtrack that you want to revisit after watching the movie! The Punjabi feel is heartpouding and most of the songs are high in energy especially “Ainvayi Ainvayi” .The item song “Dum Mast Mast” is a bit of a misfire but we get to see a glammed up Anushka Sharma which doesnâ€™t happen enough.Â I also have a real soft spot for her, like my friend Suraj mentioned: She is the new Zinta!

The song â€œTarkeebeinâ€ which was used in most of the promos wasn’t bad although theÂ constant repeating of “Turkey mein” started to get gratingâ€¦( and why was break out star Ranveer singing about Turkey anyway? Wasnâ€™t this movie supposed to be set in Delhi?)

Both Hritik Roshan and Sanjay Leela Bhansali have been having rough time lately and although they pour their heart and souls in every endeavor, they do not manage to strike gold at the Box Office every time. Both the music and the movie seemed to beg the audience to love them just because Â it was sincere and heartfelt but to me it seemed like that needy kid in High school that writes love poems for girls that are way to hot for him. It’s just not gonna happen, Â kid! As both high school and the box office are cruel mistresses.

Sanjay Leela Bhansali first fully composed album and although â€œSau Gramâ€,â€ Guzaarishâ€ and â€œUdiâ€ are poetic songs completely part of the mood and story of the movie and look beautiful, how could they not with SLB framing Aishwarya Rai-Bachan.

Â I can’t help but wonder if the movie itself would have been better if he had just focused on directing and put his trust in a team of talented people around him.

Probably the most refreshing OST of the year composed by newcomer Sneha Khanwalkar who had previously composed for Dibakar Bannerjee’s â€œOye Lucky Luckyâ€a film I wasn’t a huge fan of.

Â I donâ€™t think the movie created many ripples but was showing in quite a few film festivals (even in London) it was one of my favorites of the first half of 2010 and the soundtrack has been on repeat on my playslist all year.

When I first heard the woman’s scream followed by a gun shot at the start of LSD’s title track I had a similar feeling to hearing the Dev D album aÂ  year ago, the same kind of excitement of listening to a fresh music composer trying to do something different whilst still being embedded in the narrative of the movie. Although the lyrics might not make it as the best sing along album for your family picnicÂ (I am looking at you â€œTu Ghandi/ Nangi Achi lagti haiâ€ surprisingly sung by Kailash Kher). I would recommend seeking the movie and the soundtrack out if you still havenâ€™t; it’s an underrated gem and an album you can play back to back!

Before I go into my top 5: I wanted to give some honorable mentions, these were Albums that had some great tracks on them but not enough to make them part of my top 10:

WARNING: Â if you are not a fan of Atif’ Alamâ€™ss crooning do not even consider giving this a listen as you might want to poke hot steel rods in your ears afterwards.

I think the more time has passed, the more I hate this movie. But I can’t lie that I listened a lot to the album. Being a full on Atif Aslam fanboy needs to be a requirement though as I mentioned as he’s sung the lion’s share. Tips produced the movie and being predominantly a record company every song was poppy and catchy from the Britney Spears inspired â€œIshq Meinâ€ to the bittersweet acousticÂ remix of â€œTere Liyeâ€. I never bother listening to the remix version of any songs but I made an exception with this album. And I still sing â€œTere Liyeâ€ when riding my bike through London!

Probably my favorite music composer duo at this time, even if Vishal gives me shit on twitter sometimes. Â I do feel that they try to do something innovative even within the constraints of the commercial powerhouses they compose for now.

Although they only had 2 major albums released in 2010 and â€œAnjaana Anjaaniâ€ didnâ€™t work for me at any level, I kinda loved the OST for I Hate Luv Storys especially the â€œBin Tereâ€ in all its variations, the title track sung by Vishal himself (he does rock the mic every time he grabs it) and the dreamy â€œBaharaâ€ which had an awesome Rahat Ali Khan version that was unfortunately not featured in the movie (or might have when I dozed off for a second).The album rounds off with â€œSadkaâ€ and â€œJab Mila Tuâ€ which werenâ€™t too innovative but successfully served their purpose. I hope to hear more from them in 2011 again!

Â This album contains me overall favorite track of the year sung by the already legendary Rahat Ali Khan, you know I’m talking about “Dil to Bacha Hai Ji”. Although the title has been lifted for a Madhur Bhandarker ( a practice I truly despise) I have had the song on repeat the entire year, from the soulful first notes to when the harmonium starts backing up the melody, I was in love the first time I heard it.

Rahat once said that he decided to branch out to popular music as he could never surpass the milestones set in Classical music by his unforgettable uncle Nusrat Fateh Ali Khan and after hearing his songs I’m glad he decided to do so.Â

Afterâ€ Dil Toâ€¦â€ you still have soon to be classic tracks like â€œIbn-E Batutaâ€ and â€œAb Mujhe Koiâ€Â (sung by Rekha Bhardwaj) and a few remixes but the album is pretty short and sweet as usually the case when Vishal Bhardwaj composes. I hope with these best of lists we can shine the light again on this may be forgotten gem. I’m going to stop raving about it and give â€œDil to Bacha hai jiâ€ another listen…

Amit Trivedi might not be the most prolific of music directors but whenever he is involved I storm out to get the album without even taking a second to read up about the movie itself.

Â In this case the OST was vastly superior the movie which being a adaptation of a Jane Austin novel ( or more likely an adaptation of Amy Heckerlingâ€™s Clueless) was the brain child of Sonam Kapoor and her producer sister Rhea Kapoor. Everything I have just written was the main reason I still have the movie gathering dust on my DVD shelf and have never watched it.

But the album on the other hand was ludicrously good!

From â€œSuno Aishaâ€ to â€œGal Mithi Mithiâ€ there wasnâ€™t a single track that wasnâ€™t innovative, fresh and thought through. Even the songs that any other composer would consider filler ie â€œBehke Behkeâ€ and â€œLehreinâ€ were treated with the care and attention by Trivedi and did really not deserve to be part of such a vapid and superficial movie.

Ok, I know a lot of reader must be balking at my choice to put the Dabanggâ€™s OST as number one. It especially pains me to see names like Vishal Bhardwaj and Amit Trivedi come after Sajid Wajid but here are some of the reasons Dabangg is my favoriteÂ soundtrack of the year:

Â I am sure not everyone will agree with my picks but that’s what the comment section is for!

Let us know which albums or tracks we forgot!