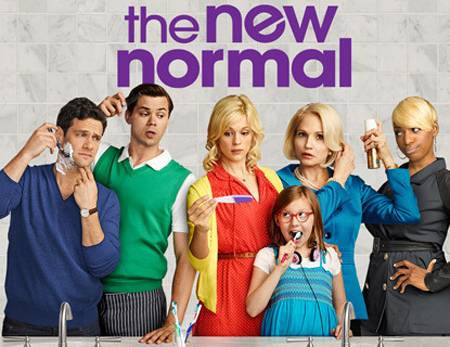 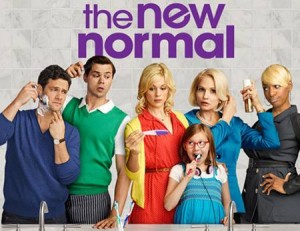 Fall is by far my favorite season. The leaves are starting to change around my house, the weather is getting more pleasant, and one more thing. The return of all my favorite sitcoms! It has been a long summer of reruns, Olympics (no complaints here), and other time fillers that are just teases until the new fall shows. So with all of the anticipation, what shows are going to be worth the wait? Are there any new shows that we should be watching? As we all now, as certain shows go on in their series they start to fade, but the shows here are must watch this fall.

Now I want to start of the list with this gem, and also state that there is an NBC bias here. I believe they offer the best shows, and are high above other channel lineups. With all that aside, Community tops the list. This quirky series has had a rough start, and with all the mix ups within the last year or so (the firing of creator Dan Harmon) this show proves to be a hit episode after episode. For TV and movie nerds like me, the focus on the shows nerd culture, abstract meta episodes, and strong homages to other genres (think Fistful of Paintballs) have us coming back every week. This year they will be adding James Brolin as Jeff Winger’s dad to the show. Every Community fan knows Jeff’s daddy issues, so this season should prove to have some poignant, yet still hilarious moments.

This makes this list for many reasons, but most of which is to say farewell to this Thursday night staple. The U.S.’s version of The Office has had a long 8 year run, that has been full of highs and lows, taking us through the entire story of this Scranton’s office of misfits. With Steve Carell’s (Michael Scott) departure a couple seasons ago made many think that the show was done for. The following seasons were actually quite good, but I feel they have called a good time to bring the series to a close. There still a promise of great episodes, though some of the hilarious might change to heart felt, as closing series often due. Also, with Mindy Kaling (Kelly Kapoor) starting her new Fox series, it will be interesting to see what role she plays, which is also a great hilarious complement to the show. So make sure you watch this series finale, as it promises to be a good one.

From a show ending its run, to another starting theirs. The New Normal appears to be another quirky show dealing with the issues of a surrogate mother helping out a gay couple have children. The series looks to be an affirmative LGBT comedy, much in the vein of Modern Family (to be discussed) yet seems to be even more quirky. After some dispute over the use of the term normal in an LGBT show, it looks to have a good first year in its future. Besides, who doesn’t like a little controversy? The show will feature a mother without a filter for the offensive statements she makes (Lucille Bluth comes to mind), a young female lead who is seemingly the level headed one, and the two men looking for a child. All of these elements combined make the series look promising, and I think should be given a solid try.

While we’re on the subject, let’s look at Modern Family. Last season closed with Cam and Mitchell not being able to have a second child, Gloria expecting a child, and all the other craziness that is attached with this shows popularity. This show promises laughs with every single episode, and looks to still be going strong. What is great about this show, going into its new season, is that it still delivers. A lot of times you see a show start to fade at this point in its run, but week after week, Modern Family shows us a glimpse into the new view of suburbia, and its off beat characters (truly there is no “normal” lead) keeps us all coming back for more. This may be my top recommendation of the upcoming season.

So yes, one more NBC hit to round off the list. Last seasons Parks and Recreation ended with Leslie Knope winning the local election, and her boyfriend Ben Wyatt getting an offer to move to DC for a job on Capitol Hill. The upcoming series will help bring all of those revelations to a close, but furthermore, having Leslie Knope in a higher office with more responsibilities is likely to wreak even more hilarious havoc on the town of Pawnee, Indiana. With all of the laughs that comes out of the Pawnee Parks and Recreation office, this new year proves to be full of great plot twists and Ron Swanson manliness.

So here is the list of shows you must watch this upcoming year. They are all solid comedies, and all sure to keep you entertained. All of these shows have the right formula, and the formula hasn’t yet lost its potency. For shows you can avoid, I strongly recommend avoiding The Middle. This show has been done before, and though it’s been around for a few seasons, there is nothing special or outstanding about that show. But as you’re all getting ready for the Fall season, make sure your DVRs are set for these sitcoms.

This is a guest blog from Jordan Mendys, he’s a TV and Film fanatic, and a blogger for Aspire Direct. He lives in NC with his wife, and is greatly looking forward to the new season of his favorite shows.