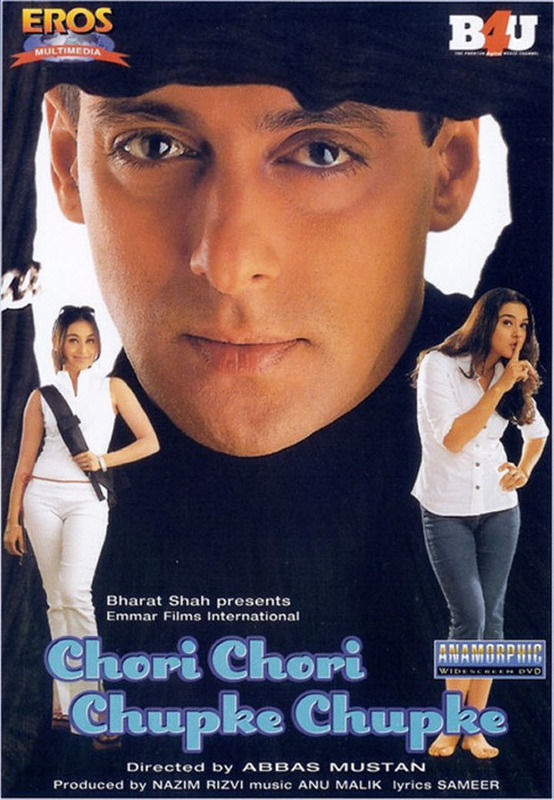 First, however, we make a short foray into current cinema with Sanjay Leela Bhansali’s extremely controversial Padmaavat, starring Deepika Padukone, Shahid Kapoor, and Ranveer Singh. We discuss the fan politics surrounding the film as well as the merits of the film itself. (Please excuse the sound of the occasional firework in between – Amrita’s neighbors were very excited about India becoming a republic.)

Going back to our Khandaan business, however, 2001 was a significant year for Hindi cinema. It saw the release of Farhan Akhtar’s debut directorial Dil Chahta Hai, featuring Aamir Khan, a seminal road trip movie that is often credited with changing the very language of modern Bollywood by employing an everyday conversational style. Karan Johar, whose multi-starrer behemoth Kabhi Khushi Kabhi Gham (K3G), featuring Shahrukh Khan, released to massive box office success later that year, has famously said that he knew his movie was outdated the moment DCH released.

This was also the year Aamir guided Lagaan to the Oscars, India’s first nomination in the Best Foreign Film category in decades, laying the foundation for his reputation as the great savior of good Hindi cinema. A nearly four-hour period drama about weather conditions, taxes, and cricket, Lagaan was a sensation when it released but isn’t much referenced today within the modern Hindi cinematic ethos unlike DCH and K3G, which each left an enduring impact on desi pop culture for very different reasons.

Shahrukh also had two other releases that year – Asoka, the directorial debut of ace cinematographer Santosh Sivan, was a gorgeous-looking period drama about the eponymous emperor that tanked at the box office before becoming appointment TV in its serialized form; and the washout One 2 ka 4, a rare movie that features SRK as a cop.

The fact that CCCC, a subpar family drama about a rich couple who hire a hooker to carry their baby, was able to win the vote against such a stellar field of choices is a testament to Salman’s star power – and we discuss the issues that arise when a celebrity wields such power. Made at the height of Salman’s personal problems, which would shortly include a murder charge, CCCC was also a troubled production, allegedly made with mafia money.

Belying the nostalgia of several friends of this podcast, CCCC is also deeply problematic, dealing with supposedly progressive ideas in the most regressive way possible. Rani Mukherjee is horrendously dressed and is the catalyst for the main plot of the film, which is bizarre and offensive. Preity Zinta is effervescent and charming – and completely wasted as a hooker with a heart of gold and a fertile uterus. The supporting cast includes an OTT Amrish Puri as a (male) baby-obsessed grandfather, Farida Jalal as a (male) baby-obsessed mother-in-law, Dalip Tahil as a dad who just wants to get his son out of the country for some reason, Johnny Lever as Random Family-Adjacent Dude who sticks his nose where it doesn’t belong, and Prem Chopra as a doctor willing to break every single professional ethic for the sake of friendship. Salman appears medicated.

We did not enjoy this movie but please do listen and laugh at our pain.