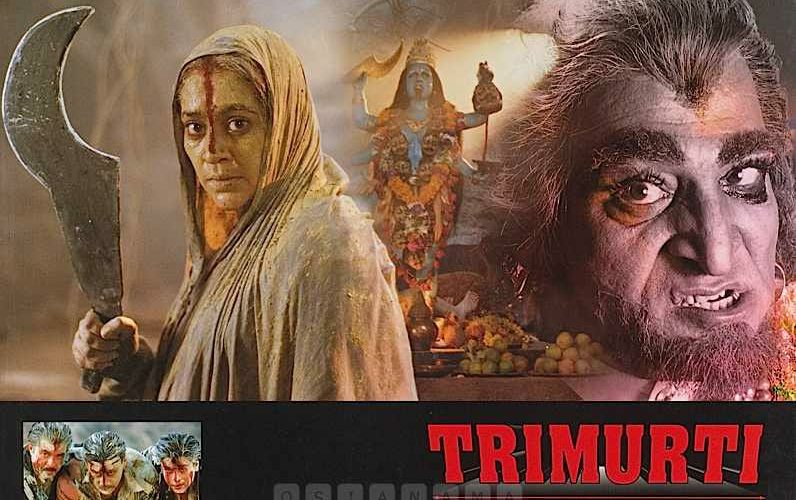 Khandaan: A Bollywood Podcast is not superstitious, but if ever there was a cursed project, it would have to be 1995’s Shahrukh Khan starrer TRIMURTI.

A Mukta Arts production directed by Mukul Anand, this movie should have been a slamdunk. Instead, it just dunked on the hosts of this podcast who soon lost the ability to tell what was up and what was down. Possibly the worst film we’ve reviewed on this podcast, Trimurti is unsalvageable in every respect.

Co-starring Jackie Shroff, Anil Kapoor, Mohan Agashe, and a host of people who would go on to loudly infest other Subhash Ghai films about horrendous families and their wayward children, Episode 80 of the Khandaan is quite a traumatic affair.

Check out Asim’s appearance on #YEGPodFest Virtual PANEL: So Many Film Podcasts, So Little Bollywood on our Youtube channel:

“Erin Fraser (Bollywood is for Lovers) hosts a panel with Asim Burney (UPodcast & Khandaan), Manish mathur (It Pod To Be You & Queer and Now), and Ankur Desai (Parde ke Peeche)”

The final episode of Season 2 of The Tolly Folly Podcast is now out: subscribe to our Upodcast: Bollywood Edition feed so you don’t miss Amrita, Sujoy and Beth’s new limited Podcast series by clicking here.
Follow and subscribe to Amrita’s new Youtube Book channel by going here! 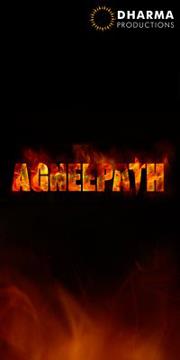 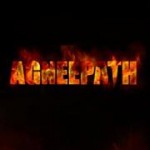 Agneepath, the Amitabh version of the 1990’s, was always a very special movie for Dharma Productions and we had been hearing about the remake this time starring Hritik Roshan, Sanjay Dutt and Priyanka Chopra for a while now and today the first trailer has been released and it looks amazeballs! Being huge fans of the original, we wanted to see what this new take was going to be like and we must admit that most of our concerns have evaporated.

Sure audiences growing up with Amitabh’s legendary perfomance as Vijay Deenanath Chauhan will always be reticient of anyone taking on the role. Amitabh’s all white suit,the kohl in his eyes and the gravel in his voice when spitting out dialogues that have been quotable from the nineties. Shahrukh tried to give it his own twist in Ram Jaane, without Mukul Anand a director known for his large scale cinematic movies, you could only have a movie which was memorable for it’s leads performance but not much more.

Shahrukh also was the first out of the gate to remake an Amitabh movie, Don, of which the sequel is just around the corner. Although a massive success, critics were not favorable to the Khan filling in Amitabh’s shoes. ( I have high hopes for the sequel as they are stepping out of that large shadow)

So will this remake of Agneepath, share the same faith as Farhan Akhtar’s Don?

We don’t think so.

The original Agneepath is the story of Vijay Deenanath Chauhan, a village boy exiled from his native village where he was raised by the principles of his father, the much respected village school teacher. When some gangsters wants to take over the village as it’s ideally located as a port to Mumbai, Vijay’s father opposes them and he meets a cruel and very dishonorable end. Cast out and exiled with a mother and sister to take care of, Vijay is hardened by the streets of Mumbai until he becomes a gangster himself and vows to take back the village that was stolen from him, but to do so he must take on the debonair and cool drug lord Kancha Cheena.

From the trailer we can see that there are already quite a few elements from the orginal. We see the death of Vijay’s father but mostly the trailer focusses on Kancha Cheena this time played by a bulked up Sanjay Dutt.

The 90’s version of Agneepath, the whole middle portion of the movie was heavily inspired by Scarface and Danny Denzongpa was playing a desi version of suave Alejandro Sosa.  Here Sanjay is taking a very different take although he does seem to have the same ruthlessness that Danny showed in the original. Sanjay had a massive comeback where he played a villain in Subhash Ghai‘s Khalnayak years ago (Was he really a villain looking back though?) Could this do the same trick from him? He certainly looks quite menacing and could be the shot in the arm that Sanjay needs as his career has been dying a slow death lately.

We see a bit of Pryanka Chopra here too but it’s hard to understand what her role will be, the previous female protagonist was Madhavi who was a typical non essential female role as was the case in many 80- early 90’s movies.  I am sure being a Dharma favorite they will have a substantial role for her, but it’s not something we are seeing in this short clip.

What is there left to say about Hritik Roshan? The actor is so thorough and earnest in every role he takes on, there is no doubt for a second that he will dissapoint. He seems to have an army of Eunuchs accompanying him in some of the fights scenes. Maybe Vijay has been watching a lot of Sholay and has raised a hijron ki fauj?

Rishi Kapoor is in here too for a few frames and we think he’s playing a negative role, something else to applaud as his rolly polly uncle act was getting a bit old

Hritik and Sanjay have acted together in Mission Kashmir earlier and although the movie had a wide release ( there was even a copy in the video store in my college town in Belgium), it’s jingoistic themes didnt translate too well to any audience.

Apparently the movie is a reimagining of the original and you know Upodcast always celebrates remakes ( you can listen to our podcast about it, by clicking here). There is still that little Dharma polish to it that can get a bit irksome ( the color combinations) but since the movie is director by newcomer Karan Malhotra, we’re keeping our fingers crossed.

In any case this is only the first step in Dharma’s marketing machine but if they can deliver on the promise of this trailer, we are heading for a thoroughly great time in theaters.

Do you have high hopes for this remake? let us know in the comment section below?