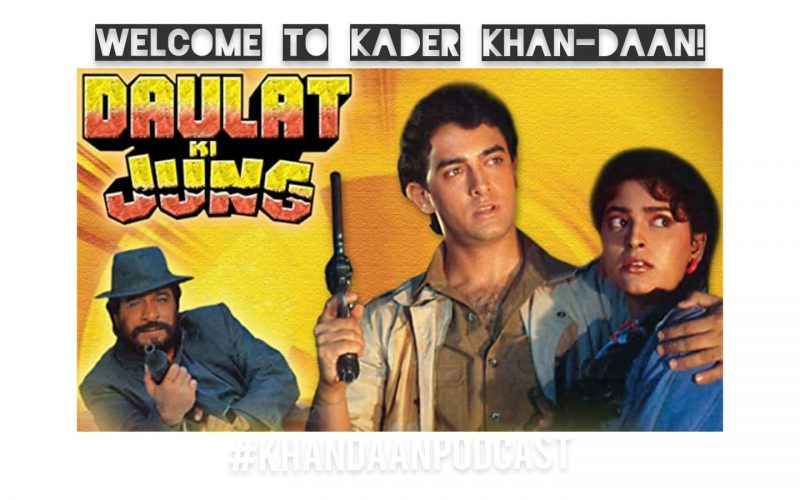 February 25, 2021 admin Podcast, Reviews
Episode 92 of Khandaan: A Bollywood Podcast features 1992’s DAULAT KI JUNG. Our guest this week was Her Highness Pitu Sultan and this was her one and only choice for you, her adoring public.

Loosely based on the Hollywood film MCKENNA’S GOLD, this movie is several things, none of them good: it is a college romance, an elopement story starring the greatest elopers of their generation, a Romeo and Juliet story, a treasure hunt, an anthropological exercise, and an investigation of the uneasy nexus between crime branch officers and vampires.

Show Notes:
If you want to hear more of Pitu Sultan’s head over to the Kapow With Pitu Instagram page

Our brand new limited edition podcast series #BingingBridgerton hosted by @bethlovesbolly and @amritaiq is now LIVE. 8 episodes featuring an in-depth discussion of the Netflix series with the occasional guest host. Head over to the UpodCast- Main Event Page and leave us a review if you get a chance

Head over to https://www.fuckboisoflit.com/episodes for Amrita’s appearance.