New Trailer Filth: Welcome to the world of Bruce Robertson

When I read Irvine Welsh original novel just after seeing Trainspotting, there was not even the possibility that this could be made into a feature just as most of the content was just plain shocking.

Now more than 15 years later the world finally seems ready and have even found a very capable Bruce Robertson in the surprising casting of James McAvoy.

I still dont know how they’ll manage to fit in all the twists in the book but looking at the trailer it looks like they are being wuite faithful to the book.

Martin got to see the movie a while back and will be dropping his review closer to the theatrical release in September.

Probably not suitable for young audiences, here’s the trailer: 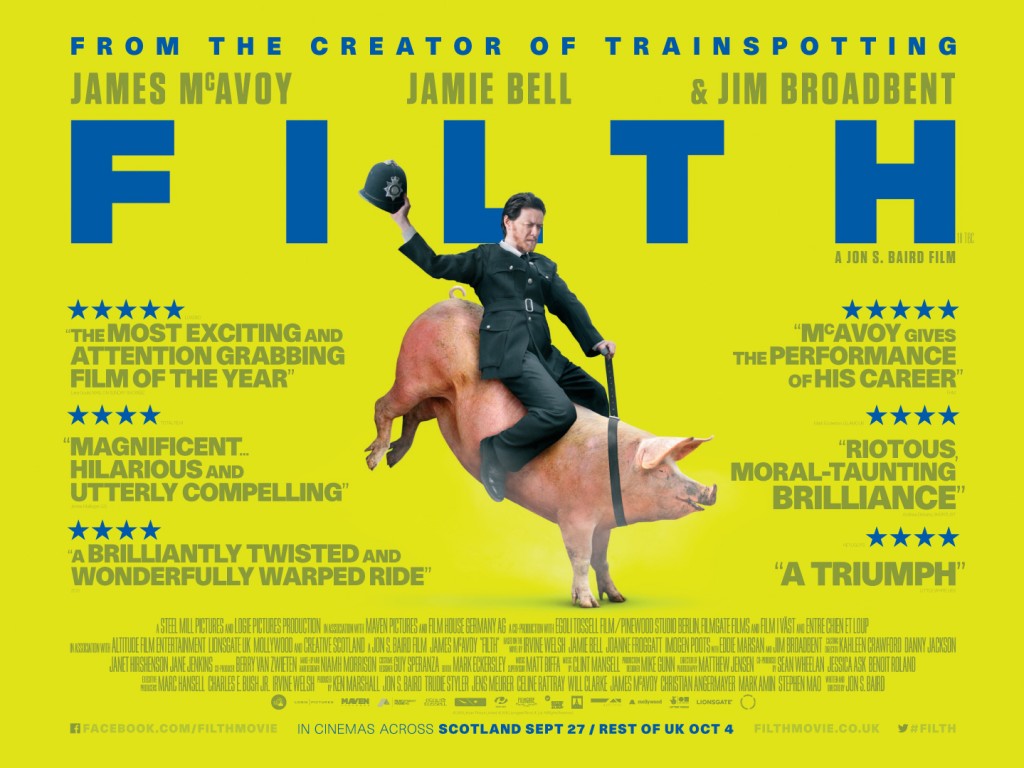 Scheming Bruce Robertson (James McAvoy), a bigoted and corrupt policeman, is in line for a promotion and will stop at nothing to get what he wants. Enlisted to solve a brutal murder and threatened by the aspirations of his colleagues, including Ray Lennox (Jamie Bell), Bruce sets about ensuring their ruin, right under the nose of unwitting Chief Inspector Toal. As he turns his colleagues against one another by stealing their wives and exposing their secrets, Bruce starts to lose himself in a web of deceit that he can no longer control. His past is slowly catching up with him, and a missing wife, a crippling drug habit and suspicious colleagues start to take their toll on his sanity. The question is: can he keep his grip on reality long enough to disentangle himself from the filth?

Written by Irvine Welsh and Jon S. Baird who also directs, Filth is produced by Ken Marshall, Will Clarke and Irvine Welsh.