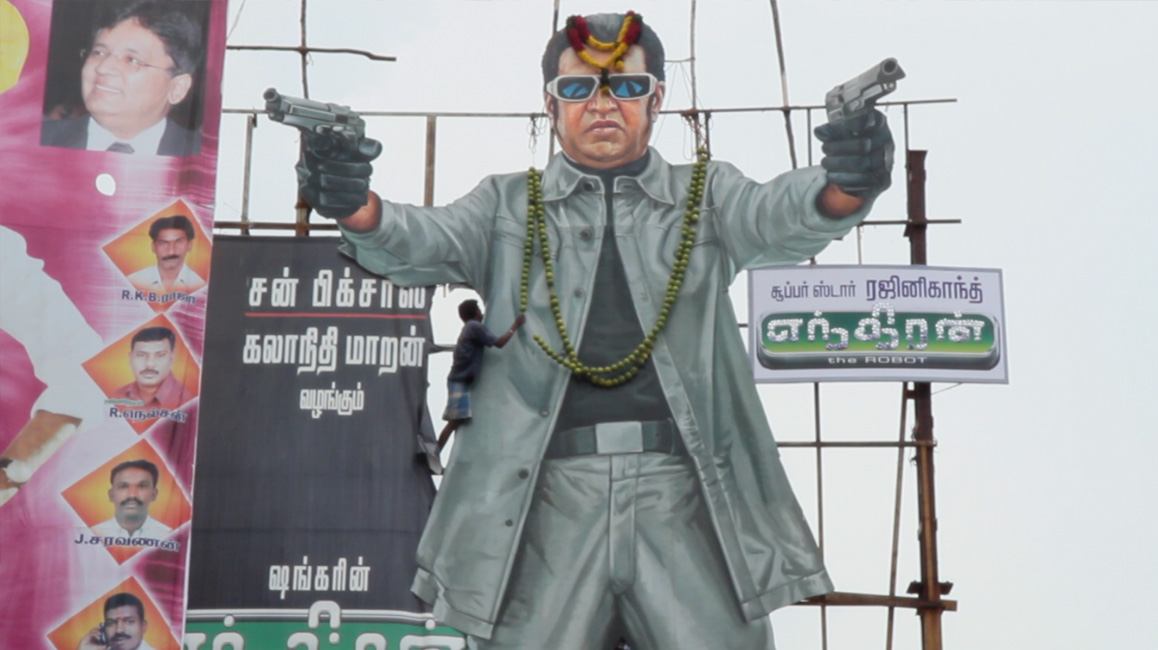 The devotion some fans have towards their favourite superstars can be witnessed on a daily basis on many a Twitter thread but as this insightful film shows, the dedication some Rajnikanth fans have for him not only dictates the course of their lives but also has the potential to influence the world’s largest democracy, commanding a loyalty and devotion that an average public figure can only dream of.

Divided into three chapters with an introduction and epilogue, we see three different perspectives – one of a businessman/aspiring politician, a lookalike (who cheekily confesses he is actually a Kamal Hassan fan) and a family man who thinks nothing of mortgaging his wife’s jewellery to pay for a fan event whilst his wife struggles to make ends meet and care for her family. All are united by Rajnikanth who plays a central part in their lives; whilst the superfans seek to emulate and do what they think their idol would want them to do, the lookalike finds Rajnikanth may hold the key to his own dreams being realised.

The authorial voice is objective throughout, ensuring it never judges and tries to present a balanced viewpoint; explaining how Rajnikanth reinvented the hero for Tamil cinema from aristocratic model citizens to the working class man who had empathy and charisma, the creation of the superstar stemmed from a political movement that wanted to move people away from religion as their primary source of inspiration and in the process created a behemoth.

At the same time, Rajnikanth fans form an impressive community that look out for one another and pay back to society; organising food for underprivileged children, raising money and installing water tanks in villages as well as regularly convening to think up marketing for upcoming Rajnikanth films and ensuring the films always make their money back, showing a philanthropic side to the world.

For The Love Of A Man reminded me a lot of Being Salman Khan, a documentary which looks at Salman fans who are similarly obsessed with their idol. Both are sympathetic and try hard to show how these fandoms are an outlet for groups of men who feel this is a platform to express their masculinity on and truly is a fascinating world that is not what it appears to be on first glance. Moving and compelling in turn, For The Love Of A Man is worth a watch, whether you are a fan of Rajnikanth or not. 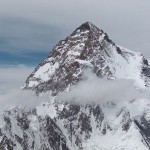 In August 2008, 22 climbers from various international expeditions reached the High Camp of K2, the final pit-stop before the peak of the mountain, on an expedition renowned among adventurers as extremely dangerous to attempt – far worse than Everest, with a 1 in 4 chance of dying. Only 11 would make it down from there. The Summit is an attempt to understand what happened on a day that became known as the most tragic in modern mountaineering history. Through recreations, archive and home movie footage, and interviews with survivors and families of the people who died on the outing, Nick Ryan’s documentary presents a thorough, investigative and vivid version of events, showing the heartbreaking moral choices the climbers faced in attempting to survive.

As someone who has an interest in outdoor sports and various silly pursuits (nothing anywhere near as extreme as this) The Summit was something I wanted to catch.  Those who’ve watched and “enjoyed” Touching the Void will no doubt be aware of the unwritten code of the mountain (if someone falls or wanders off, then leave them) and this is brutally revealed in a brilliant documentary.  At the heart of the documentary, but not dominating the story, is an Irish climber, Ger McDonnell.  He was seemingly faced with a horrible choice when he discovered 3 battered, bruised, bloodied and dying climbers: follow the code or help them.  As The Summit unfolded, it was obvious I was in for an emotional 90 or so minutes and the archive footage, interviews and recreations are exceptionally well wielded.  Having a cousin who has climbed the highest peaks in Europe and South America and who has rescued fellow climbers certainly gave an added edge to this.

The main body of the documentary doesn’t necessarily seek out the truth (not that it tries to).  It simply builds a picture of the tragic events before presenting as much as real information as is known.  That Ger’s parents even needed to travel to Pakistan to try and understand what had happened to their son, is telling.  As we do get closer to the truth (as much as is possible) however, the horrors of those expeditions are shown and as hard as it to swallow, the reality is that a combination of factors got the better of most of the climbers: there is no one single cause.

I’m not always one for using recreations in documentaries – it can lead to things being a bit twee and childlike – but in this instance, I was stunned by how vivid and realistic they were, lending a genuinely convincing air to the film.  It was as if they had scaled K2 again with a film crew; truly remarkable.  This is a truly engaging documentary, whether you know a lot or little to nothing about mountaineering and if I’m honest, I’d have been crying if hadn’t watched this on a midweek morning with a roomful of journos; I was that affected.