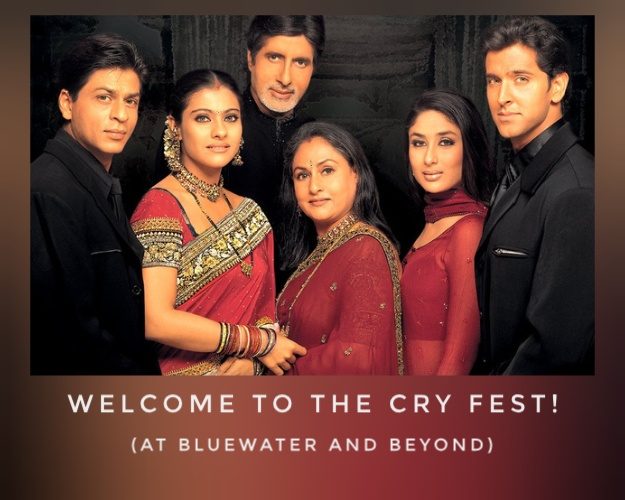 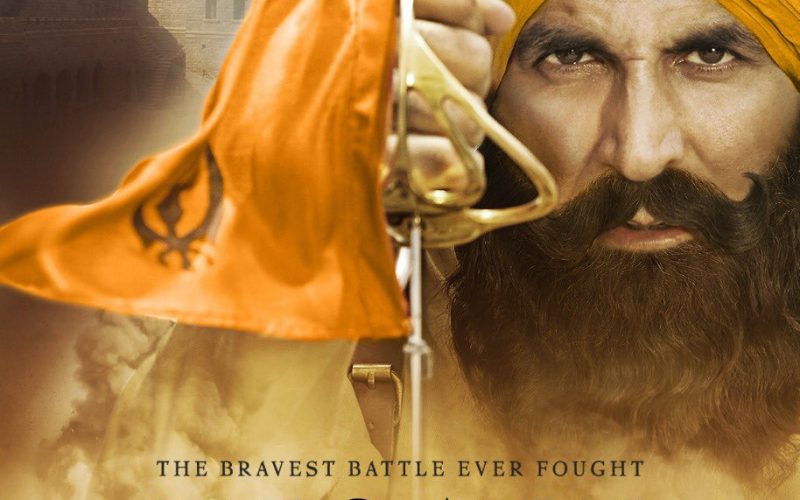 Kesari is about The Battle of Saragarhi in 1897 between Sikh soldiers of the British Indian Army and Pashtun Orakzai tribesmen.

Parineeti’s debut was in 2011 with Ladies vs Ricky Bahl and her career has seen some ups and down which we discuss in our chat.
We talk and about her likeability as an actor, if she pushes back against that image and if that sense of familiarity can turn toxic. We also talk about why she wanted to be part of Kesari and the sudden prevalence of historical movies being made in India lately. 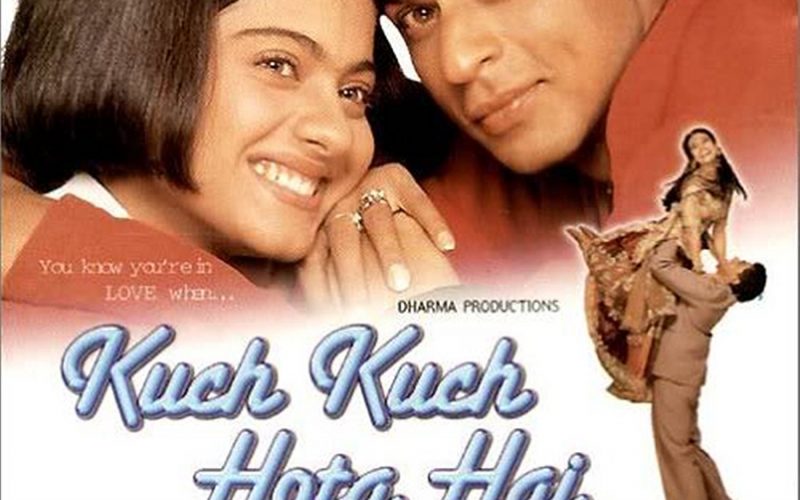 January 24, 2019 admin Bollywood, Podcast
Episode 27 of the Khandaan podcast brings to you the one, the only Kuch Kuch Hota Hai (1998)! As soon as it showed up on our list, we knew this was going to be everyone’s pick because this movie is integral to our understanding of Bollywood today. Everyone has seen Karan Johar’s directorial debut starring Shahrukh Khan, Kajol and Rani Mukherjee with a special appearance by Salman Khan. And boy, does everyone have an opinion!

As a way to include all our friends with all their opinions, we started a Curious Cat to accept anonymous comments and questions from those who wanted to chime in and we want to thank all of you who participated. In fact, we had so many questions and comments to address, we chose to focus solely on the movie this episode. To trim things down further, we grouped your contributions into several themes:

Voting is now open for our next episode. 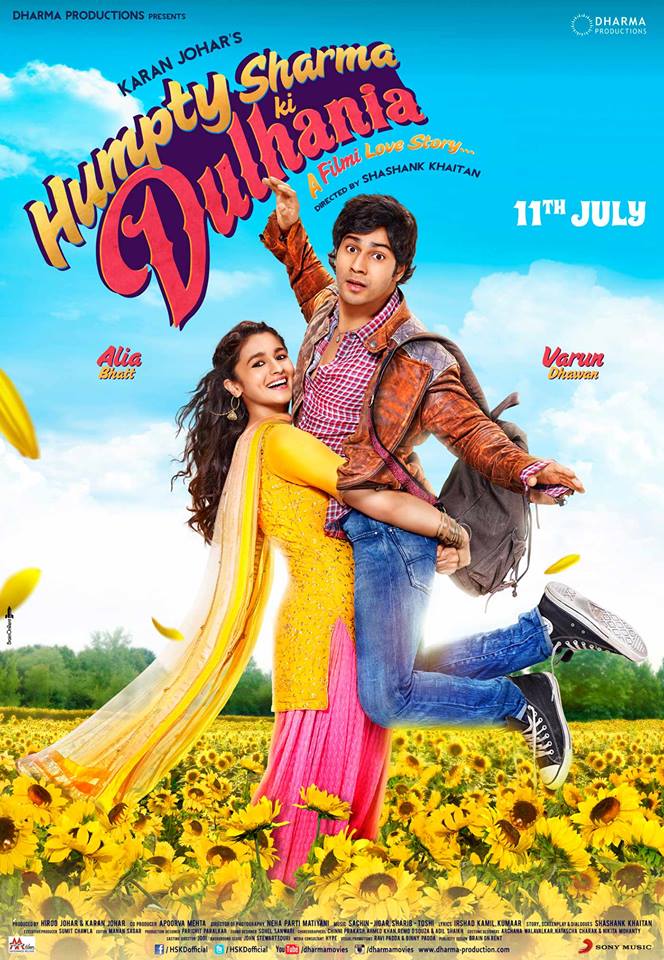 Karan Johar, brought in fresh faces for his latest rom-com (I think we can all be grateful he took a break from the Imran Khan – Kareena Kapoor combo).

Here is some of the press release:

Bollywood heartthrob Varun Dhawan (Student Of The Year, Main Tera Hero) plays hopeless romantic ‘Humpty Sharma’, an eternally optimistic young man, who is amiably searching for his ‘Dulhania’ (bride). Enter strong-willed, no nonsense Delhi girl ‘Kavya Pratap Singh’ (Alia Bhatt, Student Of The Year, Highway, 2 States). What ensues is a sweet and amusing story, as the ever simple loser in love ‘Humpty’ deploys every means at his disposal to convince ‘Kavya’ that he is her soul mate.

Humpty Sharma Ki Dulhania stars Bollywood’s new-kid-on-the-block Varun Dhawan, who made his successful debut with the breakthrough Dharma Productions film Student Of The Year along.Famed for playing the sentimentalist and also renowned for doing his own stunts, Varun is set yet again to show why he is one of Indian cinema’s rising stars in Humpty Sharma Ki Dulhania. With charisma and acting talent in abundance, the young actor has already won awards, including the Star Gold and Lions Gold awards, and has been nominated for several ‘newcomer’ accolades.

Bollywood sweetheart, Alia Bhatt, who also made her big-screen debut in the Karan Johar production Student of the Year and received widespread critical acclaim for her role in Highway and 2 States, convincingly plays the main female protagonist, sealing her position as one of Bollywood’s most sought after leading ladies.

Here is our favorite Koffee host answering some questions from the “press”.

A:Our film (‘Humpty Sharma..) is an ode to ‘DDLJ’. One will see glimpses of ‘DDLJ’ but the love story is different from ‘DDLJ’. We have made this film with honesty, integrity (and) with an intention to entertain people.

Q: As a person you seem to be very happy & make a lot of people laugh, but most of your movies make people cry. Why is that?

A: I love crying and to me, cinema crying is very cathartic. I remember when I watched The Namesake with Mr Bachchan. All my pent-up emotions of losing my dad came out, even though, thematically, it had nothing to do with losing a parent. But something triggered an emotion and I just remember weeping. The second time I cried was while watching Taare Zameen Par as I was in boarding school for four days, that too, in the same one shown in the film. I remember my parents leaving me behind there. Seeing the film, I think Niagara Falls had begun and I wept and wept and I called Aamir after the show. The first film I cried was in Ankhiyon Ke Jharokhon Se. I was eight years old and was bawling at the end of it. My mother kept explaining to me how that was not real, but that didn’t stop me from crying.

Q: What attracted you to ‘Humpty Sharma Ki Dulhania’?

A:I really liked the script and I found it very funny. I also loved the fact that the classic ‘boy-meets-girl’ tale has been made into a unique and quirky youth drama for the modern generation.

Q: Alia Bhatt is often being compared to Kareena Kapoor. What is your opinion on the two Bollywood divas?

A:There is only one Kareena Kapoor – I am not only a huge fan of her work but I value her as a friend too. Kareena and Alia are two different people. Kareena has been in the Bollywood industry for a long time now; she has created a tremendous niche for herself and set a bar so high that it’s unfair to compare her with Alia. Alia is charming in her own way and I am sure she will make her own space. You just have to give her some time.

Q: You have launched quite a few newcomers to Bollywood – do you think it is much easier being launched rather that doing everything on your own?

A: It is definitely difficult for them. Even though they are very young they have seen pretty much everything now – they have seen success, failure, insecurity and anxiety up, close and personal. They have seen too much that can eat into them. The basic perception is that it is easy, but it is really not. They have a point to prove… there are so many expectations from them. I think film fraternity and star kids have it tougher.