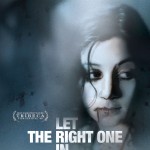 Read More »Episode 15: The Vampire Movie- Let The Right One In