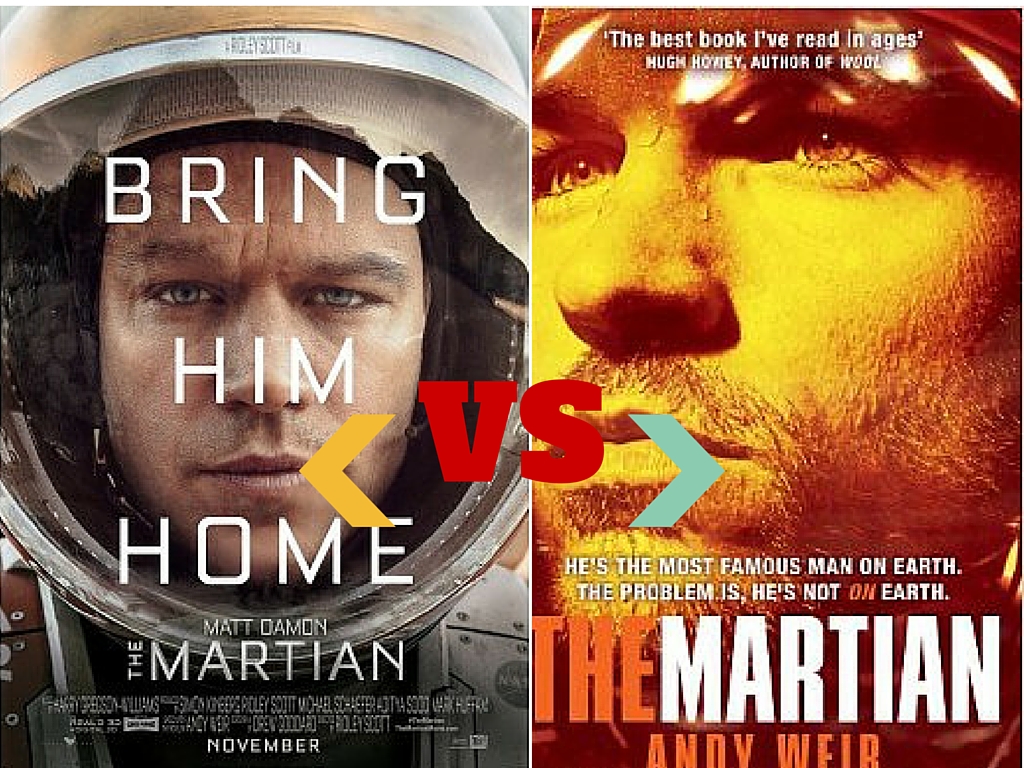 The Martian Book Vs Movie Upodcast

This episode we visit Mars with Matt Damon and stick around longer than intented. Together with Paresh (from the CurrySmugglers)  and Anandini (from Bollystalgia) both card carrying space geeks, we talk about Ridley Scott’s latest offering and especially how it compares to Andy Weir’s best seller, from which the movie is adapted.

We discuss the emergence of space movies, rank them and even come up with plans to re-ignite Nasa’s space program.

You can download/stream or listen to the episode below.

Or subscribe in iTunes and never miss a show!

The Shadow Line: released on DVD

With the current glut of American TV shows that continue to dominate the comedy / drama landscape, both in the US and here in the UK, it is sometimes easy to forget that there are high quality alternatives out there.  As Upodcasting has mentioned, nay fawned over, in the past, the possible highlight of this last year was the BBC re-working / re-boot of Sherlock Holmes, with Martin Freeman and Benedict Cumberbatch. One of the few occasions when I genuinely decried the shorter TV seasons that we enjoy in the UK.  New to the BBC this spring, was The Shadow Line.  Not something that could ever spill over into multiple seasons like for example The Sopranos or as “light” as Sherlock Holmes, The Shadow Line is a self-contained one-off series, albeit with more than three episodes.

The Shadow Line written by Hugo Blick, tells the story of a murdered drug-lord investigated by from the side of the criminal underworld and the police.  The show caught my attention initially due to Christopher Ecclestone’s presence.  Here he plays Joseph Bede, a reluctant drug-lord-cum-straight businessman, forced into the drug dealing driving seat following the death of his previous “employer” Harvey Wratten.  With a lot of angst we see Bede plan his strategy of one big deal and then exit, in order to pay for the care for his wife who is suffering from Alzheimer’s.  Second in the list of notable performances goes to Chiwetel Ejiofor, as DI Jonah Gabriel.  Rather than simply give the audience a cliched “copper with questionable morals” the writers create a character who is “copper with a bullet in his head and amnesia”.  I found this twist hugely interesting and gave a lot of freedom to question the character’s motivations and potentially his morals.

The highlight in terms of charcaters for me however, is Gatehouse, peerlessly ﻿﻿played by Stephen Rae.  I shan’t reveal too much about Gatehouse for fear of spoiling things, but there is more than sufficient menace and threat to sustain you over the 7 episodes.  Also watch out for a superb scene in the clock shop, where he and Glickman come face to face; top notch stuff from Rae and Anthony Sher.

If you enjoy police dramas but want a break from the tried and tested proceedural formula, you can do far far worse than give this a look.  There is a high quality feel throughout, coming from the strong writing and acting.  I felt the atmosphere, created by washed-out colours and bleak, empty spaces (be they urban or otherwise) was very effective: although following a trend from the Swedish Wallander shows (both UK and Swedish versions) it complemented both the writing and storyline.

The show seemed to divide both critics and viewers when broadcast.  The watching public started at 3m viewers becoming 2m after 1 episode and then to a hardcore of 1.3m thereafter.  And critically there seemed to be much division, derision and worship in equal measure.  Some hailing the fact the Beeb had wanted to show something as complex, stylish and occasionally baffling; and some who wanted to bash the script, the “extended metaphors” and the attempt to break from the usual in-house, comfy feel of BBC drama.  Frankly I’m pleased it was made and glad I loyally watched each episode, even if the ending pissed me off slightly.  That still doesn’t detract from seeing a fine performance from an ensemble cast and having to actually think about a plot for 7 weeks.  It may be that the British public have lost their taste for adventurous, thought provoking TV drama and perhaps I am in that 1.3 million minority; but I’m better off for being so and so should you be too.

Out this week via BBC/2entertain for £15 and I would personally give this 3 1/2 stars as opposed to the 3 stars that a freebie daily newspaper in London gave it.