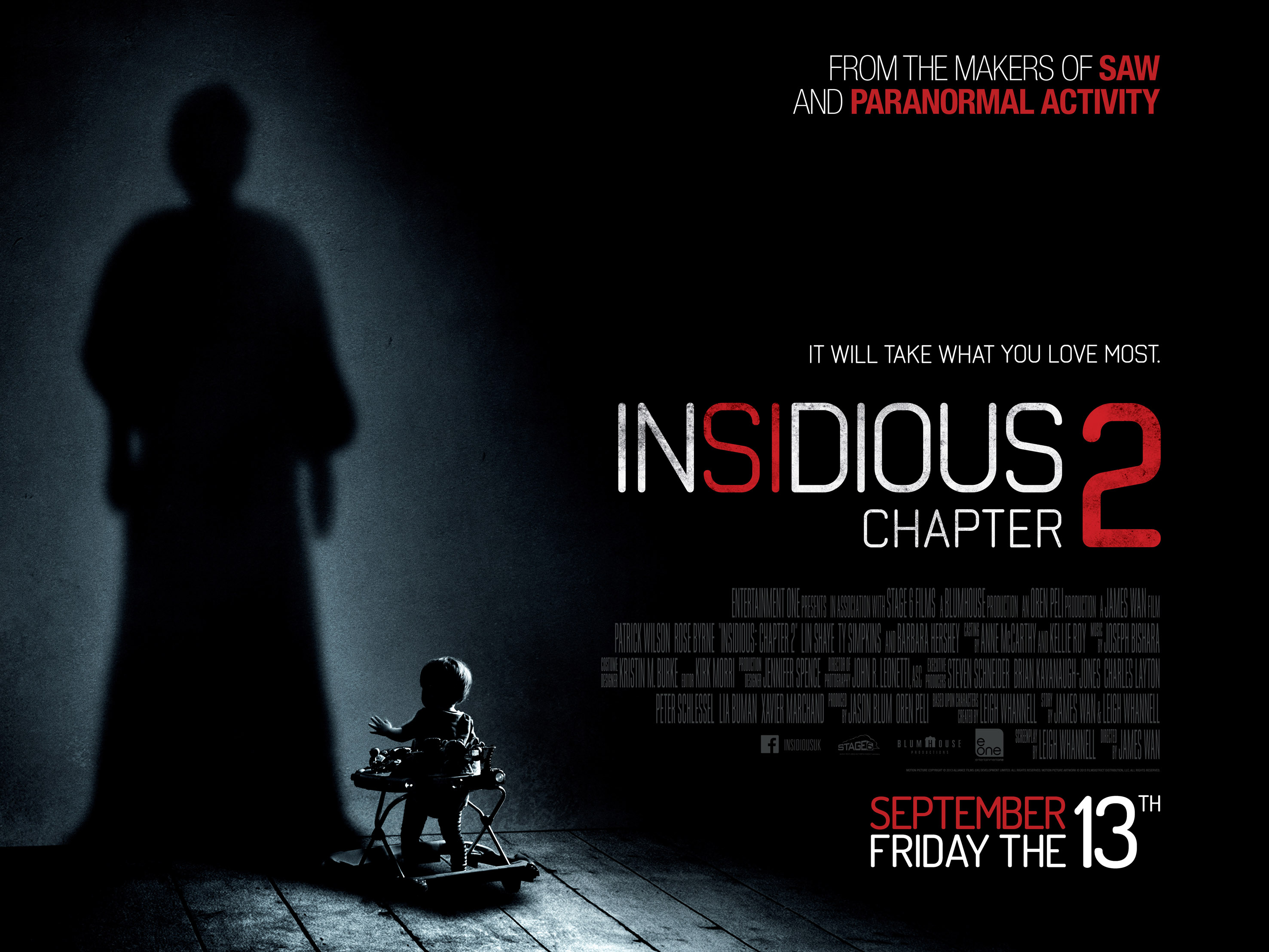 James Wan has a developed quite a knack for scaring the bejusus out of audiences with genre that have been done to death. Fresh off the success of The Conjuring )which is still playing very successfully in theaters now and also stars Patrick Wilson) we already get to see the trailer of his next offering Insidious: Chapter 2 which is his follow up to the 2010 hit, teaming up with writer Leigh Whannell who had also worked on Saw.

It should be a criminal offense not to watch everything Rose Byrne is in but even more so James Wan knows his classic horrors and has a tight grip on scares making this a very effective trailer.

The famed horror team of director James Wan (Saw and The Conjuring) and writer Leigh Whannell (Saw), creators of the original Insidious in 2011 are back with Insidious Chapter 2, a terrifying sequel to the acclaimed horror film.

With Josh (PATRICK WILSON) and Renai (ROSE BYRNE) coming to terms with the death of parapsychologist Elise (LIN SHAYE), the Lambert family move into grandmother Lorraine’s home (BARBARA HERSHEY) while the police investigate the bizarre incident.However all is not well as Josh and Renai continue to experience the demonic forces that are set on turning their lives to chaos.

With Josh’s increasingly odd behaviour following his return from The Further, Renai and Lorraine are  forced to seek help from Elise’s paranormal investigators to protect their family and uncover the truth to why this dangerous spirit world still haunts them, they soon learns the shocking reality……Josh didn’t come back alone.

The renowned horror duo join forces again with producer JASON BLUM (Paranormal Activity) to take you on another mind-bending and chilling journey into the world of the unknown.