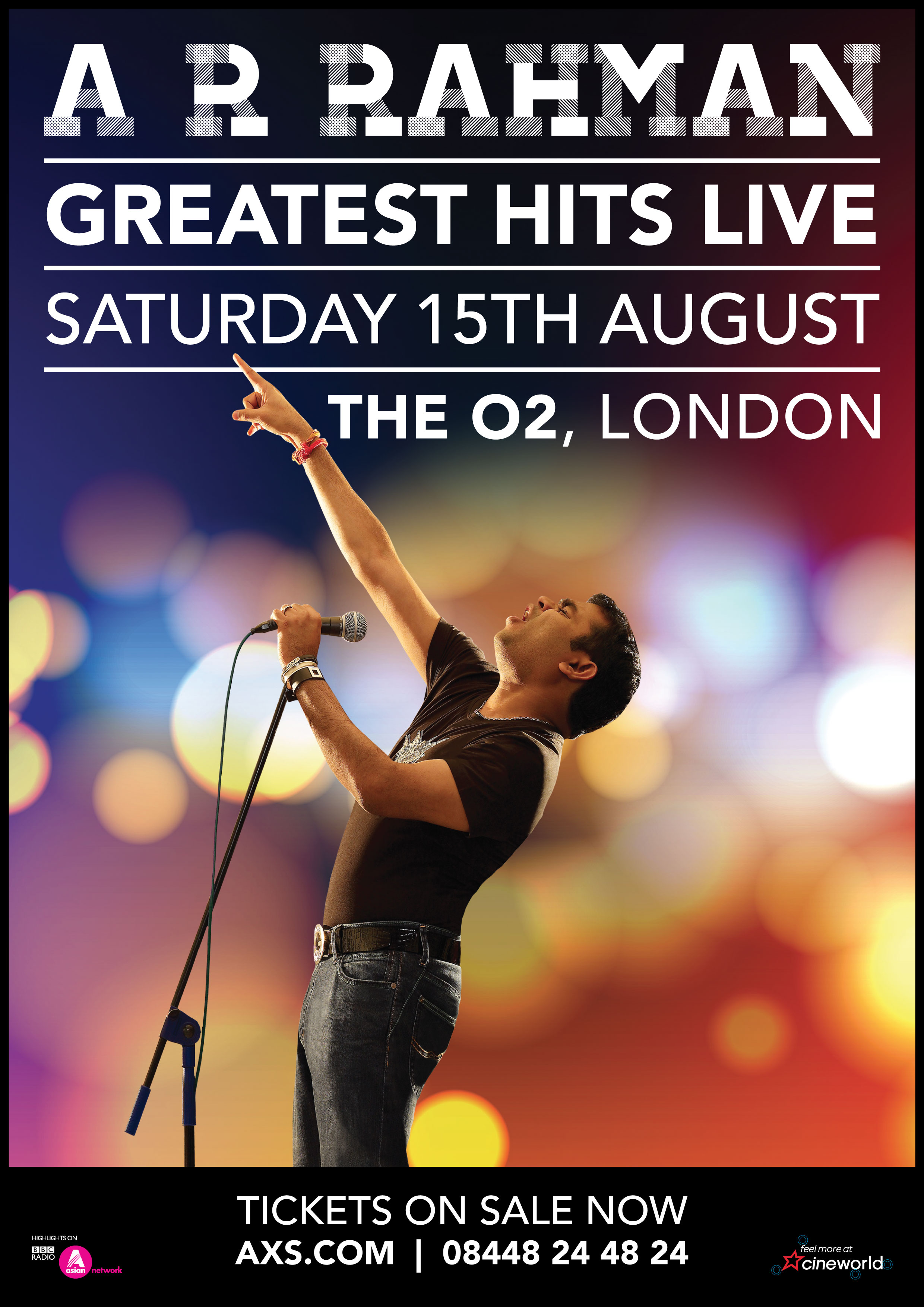 The double Grammy and double Oscar, BAFTA and Golden Globe winner, AR Rahman returns to The O2 after five years, with a one off greatest hits show on Saturday 15 August 2015. AR Rahman will be joined by very special guests including; Haricharan, Neeti Mohan, Javed Ali, Jonita Gandhi, and many more.

You have the chance to win 2 exclusive VIP tickets* including:

For a chance to win, follow us on our FB page or Twitter and us a mail on Upodcasting@gmail.com  with the answer to:

What was the name of the first soundtrack composed in Hindi  by AR Rahman for a Bollywood movie?

Tickets and limited VIP Packages go on general sale at 9am on Friday 12 June and are available at AXS.com or by calling 08448 24 48 24. Tickets are also available via www.chillitickets.com, www.seetickets.com and www.biggreencoach.co.uk

Discussing his forthcoming UK show of the year AR Rahman said; “The UK always brings back fond memories of working on landmark projects in my career and it’s good to be back again after five years.”

The announcement follows a hugely successful intimate American tour and saw AR Rahman, performs in multiple concert halls. Throughout the US, the tour received standing ovations and critical acclaim.

Working in India’s various film industries, international cinema and theatre with the hit show Bombay Dreams, produced by Andrew Lloyd Webber, Rahman, has sold more than 100 million records of his film scores and soundtracks worldwide, and sold over 200 million albums. He is one of the world’s all-time top selling recording artists, with consistent chart-toppers across multiple continents.

In 2009 TIME magazine listed him as one of the world’s most influential people and cited his first album, Roja among the ”10 Best Soundtracks” of all time. Best known for his score and songs in Slumdog Millionaire, Rahman has worked on more than 100 films, among them the Oscar nominated Lagaan, Bombay, Dil Se, Rang De Basanti, Rockstar, Jab Tak Hai Jaan, Raanjhanaa, O Kadhal Kanmani, Enthiran (Robot), Fox’s 127 Hours by Danny Boyle, Disney’s Million Dollar Arm and The Hundred-Foot Journey.

He is working on a composition for the film Pelé, a biopic on the Brazilian football legend, as well as the score for Disney’s Mohenjo Daro. His album Vande Mataram, released for India’s 50th anniversary of its independence in 1997 remains a firm favourite with patriotic Indians both at home and abroad.