One of the best UK Indian Film Festivals is upon us again from the 10th to 17th of July.

And since there are a ton of films on offer we roped in some old friends and new to help cover some of the exciting movies showcased.

Here are some of the ones we are really looking forward to and hope to watch/review for you.

Opening a film festival has its own pros and cons. Doing the honours this year is SOLD. Directed by Jeffrey Brown, it stars Gillian Anderson amongst other known names from the Indian film industry. The synopsis leads us to believe that it is going to be a powerful movie with a heart-breaking story. It remains to be seen if it can deliver on its promise. 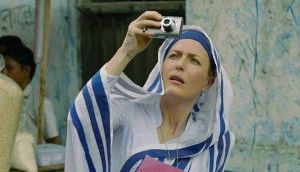 Closing the festival is Samruddhi Porey’s Hemalkasa. Starring Marathi cinema’s finest – Nana Patekar, Sonali Kulkarni, Mohan Agashe – the cast itself should be reason enough to lure the audience into the cinema. Revolving around the story of rural development in Maharashtra, I hope Hemalkasa is able to pull the heartstrings of its audience.

Hank And Asha – As the title suggests, Hank And Asha is about the two of them. Judging by its recent Slamdance Audience Award could well be the indie romance movie that you should check out this year.

Barefoot to Goa – Director Praveen Morchhale’s festival darling finally finds its way to LIFF. Set between Mumbai and Goa, the story is a very conventional one that speaks of the bond between grandchildren and grandparents. It is quite inexplicable why this is one of the highlights of LIFF for me. Soon, I’ll let you know why.

Barefoot to Goa – Film Trailer with english Subtitle. from Praveen Morchhale on Vimeo.

Everything about this movie screams PRETENTIOUS. When you throw in keywords such as suburban Mumbai underbelly, Tarkovsky, Bollywood – it just comes with a baggage of its own. That is also one of the key reasons why I look forward to this movie. And I wish to be completely corrected on my assumption.

Goopi Gawaiya Bagha Bajaiya – The characters of Goopi and Bagha is not unknown to anyone who has grown up on Satyajit Ray’s cinema. The story of this mischievious duo, previously immortalised by the fantastic Tapen Chatterjee and Robi Ghosh, is now being adapted into a Hindi animated feature. I have great expectations from this version of the magical world of Goopi and Baagha’s adventure. 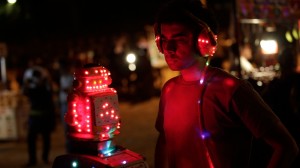 This movie’s promotional image has men with painted tigers on their face. And the synopsis speaks of the film’s homages to Sin City, Pulp Fiction, Agneepath, Rashomon. Two words – Must Watch, or could be one word – Oversell.

Festival favourite Irrfan Khan stars in this period piece set during the Partition period. And Tilottama Shome stars too. The story could be a cross between Dil Bole Hadippa and Boys Don’t Cry. And I could be horribly wrong.

Apur Panchali: Not just Ray references, but a whole movie about the actor who acted as protagonist Apu in Pather Panchali. This stars Parambrata Chatterjee, and is directed by Kaushik Ganguly (Arekti Premer Golpo, Shabdo). Sounds like nectar for Ray lovers. 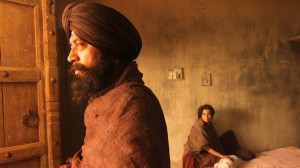 Qissa
Irfan Khan in anything is worth watching (Paan Singh Tomar,The Lunchbox) and Qissa should be no exception. With a flair for making even the most unpleasant of characters seem human (Saat Khoon Maaf anyone?) Khan looks certain to bring another dimension to Umber Singh in a complex role. Much like Khamosh Paani, films on partition tend to make for challenging yet compelling viewing and Qissa looks set to deliver the same.

QISSA – The Tale of a lonely Ghost – Trailer from Heimatfilm on Vimeo.

Million Dollar Arm
As Bollywood and Hollywood look for that elusive pan market breakout film, Million Dollar Arm strikes one as a film that will appeal to a universal audience without trying too hard (a key feature of all the films featured in the London Indian Film Festival). With an interesting cast headed by Jon Hamm and based on a true story, Million Dollar Arm on paper has all the trademarks of a sleeper hit in the making.

I am expecting heartbreak from the opening movie of this year’s LIFF produced by Emma Thompson and starring Gillian Anderson, the movie is about “A girl risks everything for freedom after being trafficked from her mountain village in Nepal to a brothel in India.” Director Jeffrey Brown hasn’t directed many feature length movies and is mostly known for his work as a writer and TV director but the names attached and the sincerity to make a movie that has something important to say can not be denied. I will be bringing a box of tissues with me but do hope that we wont be starting the festival by exiting the theater bummed out.

But since there is a live Q&A with actress Gillian Anderson attending maybe I can sneak in some questions about Hannibal season 3 or what profound influence she had on a generation of men growing up and tuning into the X files every week.

Another female issue based film about “Umber Singh, a rural Sikh, dispossessed from his homeland by the Partition. He obsessively focuses on the ‘ideal’ of having a son and heir, but as his fourth daughter is born he hides the child’s true identity, she becomes the son of his dreams, but at a terrible cost.”

Irrfan Khan introduced last year’s Monsoon Shootout and seems to be a name that goes hand in hand with Indian Indie movies, always a thoughtful actor that brings quite a bit to the movies he chooses. A lot of times you don’t know the movies showing in festivals so you end up veering towards the names that are familiar to you even though they might not be the ones you would line up to watch on a regular Friday night.

A lighthearted breath of air after those first 2 issue based movies, Hank And Asha seems delightful. I saw the trailer for for the first time when it showed at TIFF last year and I knew I wanted to watch it but didn’t know how to. I’m really glad that this little modern day “You’ve Got Mail” is showing at LIFF. Here is the trailer that made me take notice.

Probably this years “biggest” movie with Disney producing, AR Rahman composing and Jon Hamm starring in this based on real life story, which feels like MoneyBall meets City Of Joy. The movie will be releasing in UK theaters august 29th so it’s quite cool to be able to catch this one before general audiences.

The only Pakistani movie at the LIFF this year and it looks like quite a kinetic experience: A man with a bandage mask across his face goes on a shooting spree across a Pakistani city, gunning down random people. He soon realises that his actions have no consequences and nobody appears to be interested in his murderous deeds, and so he decides to go on live television with a view to committing suicide on air. And that’s when there is a huge twist in the plot.

Sounds a bit like The Man without a Past meets Network mixed in with a little bit of Falling Down. I missed last year’s Josh at the LIFF which got great reviews, and there seems to be a renaissance in Pakistani cinema which again being in the UK we don’t always get a chance to be a part of.

These are some of our picks, for the full schedule and more trailers you can hear over to: http://www.londonindianfilmfestival.co.uk/programme.htm

Let us know if you have seen any of the movies above or if you are looking forward to them in the comment sections below!