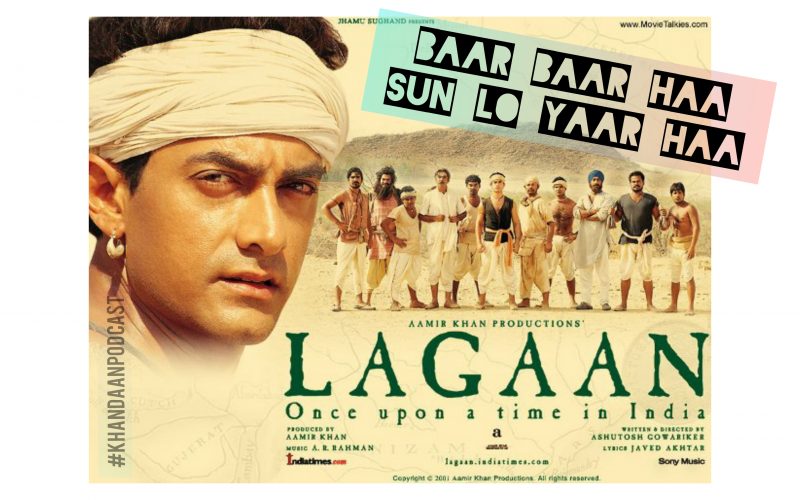 June 25, 2020 admin Bollywood, Podcast
Khandaan: A Bollywood Podcast is back for Episode 65 where we are joined by friend of the podcast Shai Hussain to discuss a true legend of Indian cinema: LAGAAN (2001). Join us as we throw brickbats and flowers.
Check out Shai’s work at his personal page and join the fun at Bombay Funkadelic!
Directed by Ashutosh Gowarikar who joined the big leagues with this film, Lagaan starred Aamir Khan, Gracy Singh, Paul Blackthorne, Rachel Shelley, and a host of character actors who would go on to form the nucleus of Gowarikar’s acting troupe over the years: Rajesh Vivek, Raghubir Yadav, Aditya Lakhia, Pradeep Rawat, Amin Hajee, Raj Zutshi, Akhilendra Mishra, Yashpal Sharma, Kulbhushan Kharbanda, AK Hangal, Suhasini Mulay, and others.
A Short Timeline:
00.25 Shai tells us about his upcoming project – tell the BBC to produce it!
26.25 Amrita watched runaway Netflix hit, 365 DNI so you don’t have to
37.15 We watched the trailer for BULBUL on Netflix and yup, Anushka Sharma is the most exciting producer of our times.