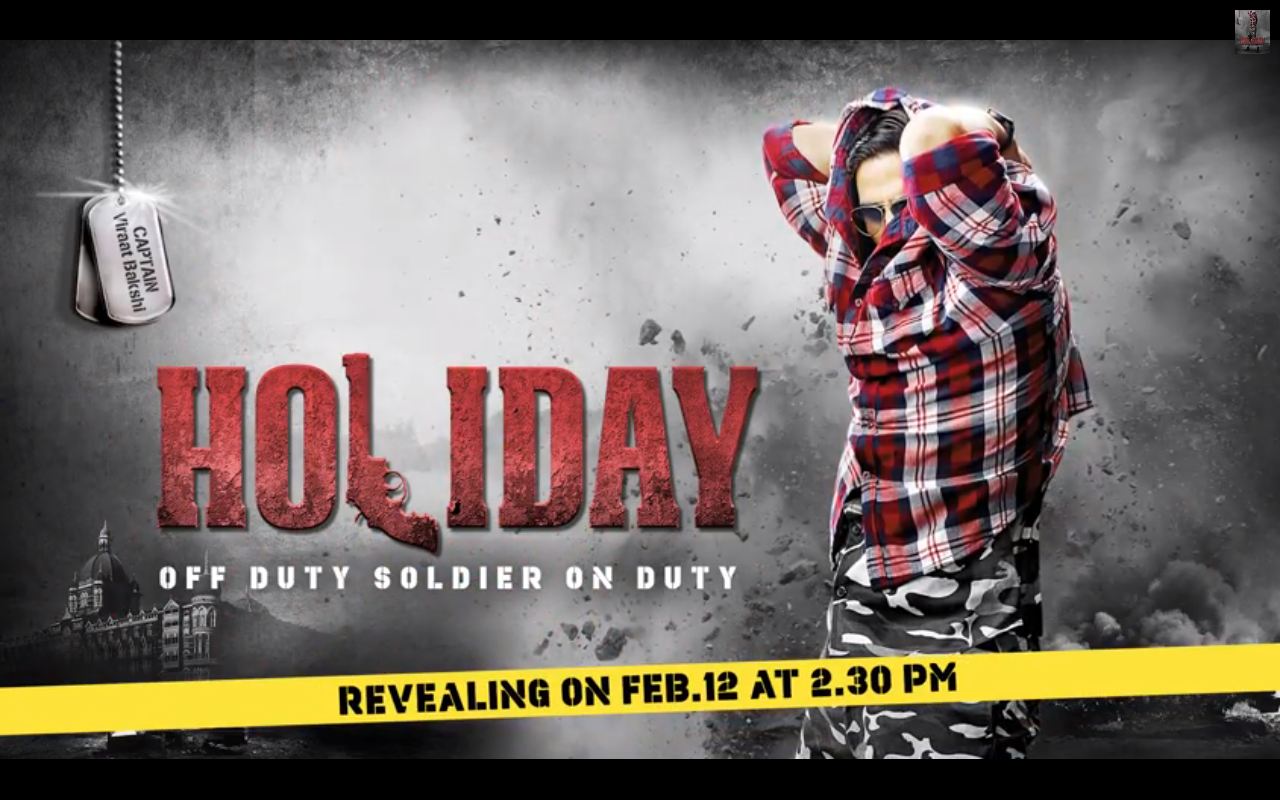 The trailers of Akshay Kumar movies have started to follow a distinct pattern since he made Rowdy Rathore and it seems not much has changed for the trailer of Holiday- A Soldier is Never Of Duty.

First the trailer will sneak up on me like Beverly Hills Ninja, as none of his movies are something I particularly look forward to or have any expectation of leaving an indelible impression as soon as the movie has ended and my behind leaves the chair it was sat in, so I usually don’t follow the production news.

Then there is a sudden burst of excitement as I truly enjoy watching Akshay on screen, even though he rarely makes movies I fully enjoy. But I like the guy, his work ethic and earnestness making the kind of cinema he does, as he truly does believe in it and gives his 120% (which is the equivalent of 260% when calculated on the Salman Khan motivational scale of movie making)

Within the first seconds of the trailer I start thinking “Hey, this actually looks fun”, to “Look at Akshay singing and dancing and kicking ass” to very quickly turning into “Oh god this is going to suck as much as most of his movies” (usually the point Sonakshi Sinha walks on screen)

Holiday – A Soldier is Never off Duty is the Hindi remake of AR Murgadoss’s Thuppakki, which from what I read on FilmiGirl’s blog is a troublesome (although quite succesful) jarring mix of part love story and part Muslim bashing terrorism espionage thriller.

As I have said many times, I don’t know much about South Indian cinema, I do know that A.R. Murugadoss is one of the filmmakers that is able to draw massive crowds and makes visually interesting films, with high production values. A lot of his movies have been remade for Hindi audience (Jai Ho, most recently) and he has done so himself, teaming up with Amir Khan on the massively successful Ghajini.

Ghajini is one of those movies that is safely, better in most areas compared to the original and the key reason for that is Amir Khan and the attention to detail he brought ironing out the issues of the original, adapting the screenplay to his own personality as well as Hindi Film audience.

Unfortunately, I have no faith in Akshay Kumar doing any of the things mentioned above and indeed after seeing the Holiday’s trailer, I went back to watch the original Thuppakki trailer and most of it looks like a shot for shot remake with added gloss and the name of producer Vipul Shah as if that is some kind of brand endorsement (Dude, we haven’t forgotten London Dreams and Action Replay)

The other problem I have is the lack of Vidyut Jammwal in the Hindi version. Surprising when Vipul Shah already has an equation with Jammwal after producing Commando. A movie that was quite a success compared to the amount of money and faith they put into that movie.

Now they have some generic bad guy who we are supposed to believe is a foil for Akshay’s awesomeness, I think not!

Another thing about original Thupakki is that the female lead is completely unessential to the plot, so in a way they couldn’t have asked for a better actress than Sonakshi Sinha, a lady is who is continously squandering her photogenic looks, on-screen presence and cinematic charisma on disposable roles. I don’t understand why she keeps choosing to play second fiddle to older heroes in these 100 cr starrers, she doesn’t need the money, and how fun can making these movies really be?

I know a lot of people will already have made up their mind about Holiday, it being a South Indian remake, or starring the Akshay – Sonakshi combo. But all my problems aside (and I do have tons of problems as you can plainly see) I am looking forward to Akshay working with some new people and I think the A.R. Murugadoss style of cinema might actually suit him more than what Prabhu Deva brings.

As a personal pet peeve, I have a huge respect for the sport of Boxing and it grates me when the likes of Bobby Deol (Apne) or Sonakshi Sinha think that just by donning on a pair of gloves you can look like a boxer.

Come on people, do a few push ups at least!

Unless you are Juhi Chawla punching out Shahrukh Khan, as Hai Alla Juhi Jee, you can do no wrong. 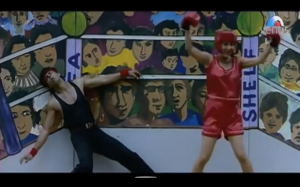 On another note, aren’t movie trailer supposed to bring to forefront the best sides of the actor?

Why they would add lines where Akshay is speaking in English is beyond me (“Sooside Attack” “Aim Vaiting”)?

Also what’s up with the questionable hairstyles Akshay? He’s been sporting wavey coiffes for a couple of movies and it’s starting to look a bit ridiculous!