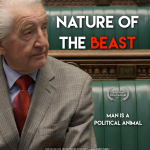 2 thoughts on “Dennis Skinner: nature of the beast // A portrait of one of the UK’s most respected (and feared) MPs”