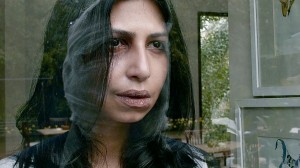 The moment I was walking out of the screening of Anima State I was accosted by an elderly Pakistani gentleman. He asked me if I was from a TV channel (I said no) then he started a 15 min diatribe about how a movie like Anima State is an embarrassment to Pakistan, it is un-Islamic and why do “our” film makers feel the need to “make themselves look good” in front of the whole world by making “our motherland” look bad. Although I was trying hard to contain my laughter at the absurdity of the situation, I did truly feel bad for this poor uncle. He had walked into the movie theater hoping to see a Pakistani movie (an Industry which has never reached it’s true potential and doesn’t get the distribution to reach its audiences) in his local Cineworld, he had no notion of what Anima State was about before swiping his Unlimited card and was ready to walk out as soon as the main lead started to masturbate in front of a cricket match.

So just as a disclaimer for any other uncles possibly walking in, Anima state directed by Hammad Khan is not a Pakistani movie but a movie made by a Pakistani Londoner set in Pakistan, it is more of an art installation than a movie for general audiences and the frustrations it speaks about could honestly be set in any country but here the film makers deals with some personal issues he has with Pakistan. This is quite a big difference and something that wasn’t clear to many of the people attending screening and the Q&A after the screening (or even to the moderator leading the Q&A).

Anima State isn’t linear or plot driven and might have may interpretations but here is what I could understand (with minor spoilers).

The first ¾ of the movie we follow, The Stranger, a traveller whose face is covered in bandages, as he goes on a killing spree of the people he feels are morally corrupted: the urban youth, the corrupt police and media as well as the people that choose to be happy even when there is misery around, culminating in a Network styled- “I am mad as hell and I won’t take it anymore” monologue after shooting his way into a news studio.

The moments of introspection during this killing spree are when he is faced with Pakistani womanhood in 4 different forms: the wife, the beggar, the teacher, the whore (all played by actress Malika Mufti). It is also the last of these encounters that allows him to wake up from his nightmare and realize that he is not this Stanger but (SPOILER START) a filmmaker who has returned to Pakistan after many years. (It was all a dream people!)

A film maker who gets ridiculed and beaten up by twitterati hipster for that last movie he made and when questioned by the police at a random street corner, escapes the country, leaving his camera to a local boatman so that he can make movies ” of his wife and children” which might be of better use than being a film maker in Pakistan and trying to make an actual change when the ones in power are holding all the cards in their hands.

Anima State is a movie isn’t entertaining and can’t be measured in words as good or bad. It’s not a fun time and it requires the audiences to engage with it, as the movie of David Lynch or even Indian director Qaushiq Mukherjee (AKA Q) but lacking the hypnotism or visual flair of those film makers. The movie serves the director Hammad Khan more than by being his catharsis more than audience’s as there are no answers, and some of the questions raised might be pointless.

But Anima State is still commendable as a sophomore effort and what I imagine must have been a tight budget that required quite a bit of guerilla filmmaking.

A very interesting movie and one of which visuals; themes and even the music create a lasting impact if and only if you aren’t turned off by the visual thought dump Hammad Khan projects on screen. His previous movie Slackistan was banned in Pakistan and Anima State is probably going to go down the same route.

And that is a shame as a lot of frustration on screen is what day to day Pakistani’s feel and unlike the bandaged protagonist of the movie, do not have the luxury to run away the moment they realize that they have been living a nightmare.