Qissa: The Tale Of The Lonely Ghost Review LIFF 2014 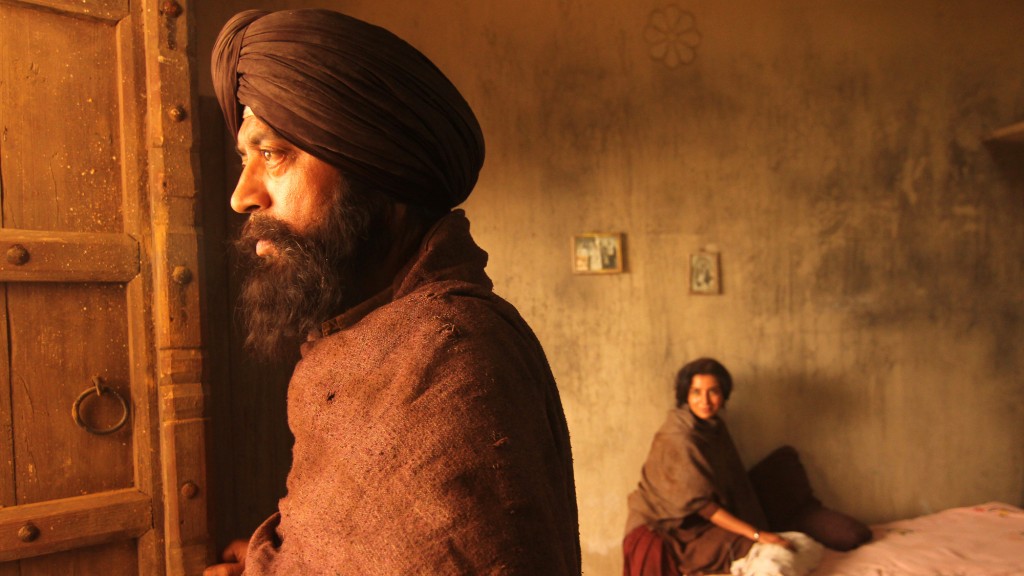 There are some films that remain with the viewer long after the fade to black – Qissa: The Tale Of The Lonely Ghost one of them. This haunting tale tells of Umber Singh (Khan) who is uprooted by the Partition of 1947 along with his wife and three daughters. Displaced from the newly created Pakistan to the Punjab in India, Singh believes having a son will bring the stability he has lost. So when his wife gives birth to another daughter, Singh creates an elaborate delusion that has far reaching and tragic consequences for all.

There is so much to talk about in Qissa that it is impossible to know where to start. Whether is the debate of nature versus nuture, the unforgiving nature of patriarchy or the search for one’s true self, all these issues are neatly referenced without feeling laboured or clumsy. Anup Singh (the writer and director) manages to weave a very complex story that insists on keeping its characters at the heart of the action and even has the audience colluding with Umber’s vision (no spoilers here).

Mention must also go to the cinematography and original score; there are some stunning visuals here, with the lighting and composition giving an eerie feel – at times, one feels they are looking at a magnificent oil painting in a deserted haveli (mansion). Similarly, the score is subtle and underplayed, yet the way it heightens the dramatic impact is at once impressive and moving.

Performance wise, Khan does the impossible again; playing an unpopular character with a sympathy and dignity which leaves the viewer conflicted but with a grudging understanding of the circumstances that lead to the character’s motivations. Chopra is very restrained as the mother who suffers for her children whilst Raskia Dugal is a revelation as Neeli, fully embracing the journey that Neeli goes on and pitching it with conviction.

However, it is Bengali actress Tillotame Shome who astonishes here as Kanwar, the girl brought up as a boy – it is rare to see someone imbibe a role so fully and make something that could easily go wrong with one nuance seem so effortless and natural. Everything from her expression to her body language is faultless and she is the true nucleus of Qissa which is no mean feat.

Qissa is the perfect film to watch as part of a festival but it is also heartening to know it will have a general release in India. Not only are the LGBT themes handled with sensitivity and tact but also with a timely relevance for today’s audiences. In fact, though this is a period piece, there is no doubt Qissa has a modern sensibility to it and deserves to be seen and appreciated by diverse audiences across the world. Quite simply, hauntingly beautiful.

Qissa: The Tale Of The Lonely Ghost is now playing at the LIFF,  will have a limited release in Germany in July 2014 and a general release in India from September 2014 (TBC).

Qissa: The Tale Of The Lonely Ghost

2 thoughts on “Qissa: The Tale Of The Lonely Ghost Review LIFF 2014”