Executive produced by actor Emma Thompson, Sold will be the red carpet European Premiere opening night film of the Fifth annual London INDIAN Film Festival (July 10-17). This film is a powerful, survival against the odds tale about a young Nepali girl who is trafficked to Kolkata, India. Gillian Anderson stars with a great Indian and Nepali ensemble cast including Seema Biswas (Bandit Queen). Central highlights of the festival will be the UK Premiere of the true story Million Dollar Arm, from The Walt Disney Company, starring Jon Hamm (Mad Men) and Suraj Sharma (Life of Pi). Bollywood’s hottest actor Farhan Akhtar and South Indian cinematography supremo Santosh Sivan will be giving rare screen talks at the BFI Southbank. Closing the festival will be the World Premiere of Hemalkasa, an homage to the revolutionary human rights leader Prakash Baba Amte, starring Bollywood hero Nana Patekar. Many other special guests are expected to a packed week of UK first screenings. 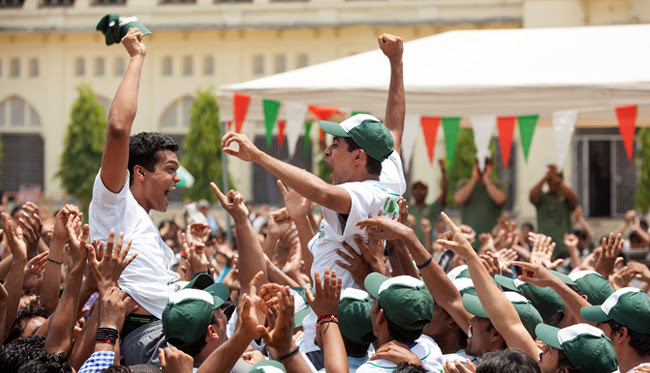 Now Europe’s largest platform for Indian cinema, the London Indian Film Festival returns to the Capital, in association with Pure Heaven, the British Film Institute, and official Hotel Partner Grange Hotels, celebrating the exploding movement of Indian Independent cinema and bringing to UK audiences a rare selection of cutting-edge films from some of the Indian subcontinent’s hottest independent talents. Going way beyond Bollywood, the festival presents a kaleidoscope of new films that challenge, shock, generate debate and present a more realistic view of India and the subcontinent today, in all its diversity. The festival will stretch citywide, opening in the West End at the historic Cineworld Haymarket, and continuing at BFI Southbank, Cineworld cinemas Wembley, Wood Green, Wandsworth and O2 in Royal Greenwich and ICA near the Pall Mall, so there is a screening near you.

The first weekend of this high-impact festival launches with Sold, on 10th July which explores the controversial theme of child trafficking; one school girl’s battle against the odds and the dangerous journey to liberate her from the Kolkata mafia; expect a glamorous line up of celebs to follow X Files and The Fall actress Gillian Anderson down the red carpet.

On 12th July Rotterdam Film Festival headliner Qissa: Tale of a Lonely Ghost, has its UK Premiere, Irrfan Khan (Slumdog Millionaire, Life of Pi) plays a rural Punjabi father hell bent on having a son and heir, no matter what the consequences. Apur Panchali, based on a true-life story, is an emotionally charged homage to Satyajit Ray’s impoverished child character Apu and the real-life person who played one of the most famous child roles in world cinema. It screens on 13th July. By contrast Slamdance audience winner Hank and Asha explores a new generation of trans-global online romance, at ICA and Cineworlds across London. The festival’s Central Gala is the inspirational true story Million Dollar Arm that follows the uplifting journey of two Indian boys whose lives are transformed by a national TV contest and against the odds end up going to the US to train to become major sports stars.

As well as films in the Hindi, Punjabi, Tamil, Kannada and Malayalam languages, and UK/Pakistani film Anima State, in Urdu, the festival previews its first Bangladesh based film Shongram (Struggle) directed by Munsur Ali. In terms of special talks, India’s most celebrated cinematographer and acclaimed director Santosh Sivan gives a unique Masterclass at BFI Southbank, 11th July. The multi-talented singer, actor and director Farhan Akhtar rocks into town on 15th July and offers an insight on his high-octane career so far, including his iconic recent role as muscle rippling athletics hero Milkha Singh in Bhaag Milkha Bhaag. Expect lots of female fans! Bollywood icon Nana Patekar stars in the festival’s uplifting closing World Premiere of Hemalkasa. Directed by Samruddhi Porey it’s guaranteed to make you cry and smile at the same time. 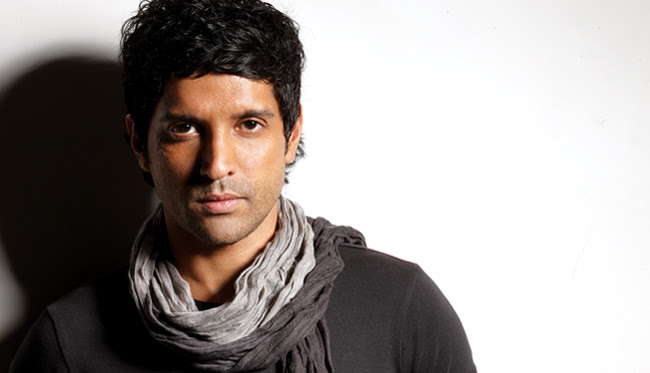 London Indian Film Festival also includes industry events at BAFTA, exploring UK and Indian subcontinent co-productions. The winner of the annual Satyajit Ray Short Film Competition will be announced at the end of the festival, with short-listed contenders battling it out at the ICA on 15th July. We are delighted to announce that our Major Sponsors this year will include Queen’s Award for Enterprise International Trade winner Sunmark Ltd, producers of Pure Heaven brand and founding sponsor Grange Hotels. The festival is also grant funded for by the BFI Film Festival Fund.

Emma Thompson comments: “It is wonderful to have our film premiered at London Indian Film Festival, to raise awareness of child-trafficking, which is an issue close to my heart and is shockingly on the increase world-wide. We hope that this film will make people think and highlight the support for key charities such as The Helen Bamber Foundation and others working in this difficult area in India, Nepal and elsewhere”.

Says Farhan Akhtar: “At its heart, Cinema is about sharing ones culture with the world. Be it on screen or in representation of ones work. I look forward to sharing my experiences, memories and motivations.”

Cary Rajinder Sawhney, Festival Director comments: “We are delighted that the festival is now firmly established on the London and international scene after five amazing years. If you want to find out more about South Asian cinema, come to London and soak yourself in a week of magnificent, world class cinema”

For more information and how to book tickets head over to:

Join their on social media: