Right in time for V-day we have a dreamy, magical love story to defy our yearly cynism. Come on people, it’s once a year, get over it!

I must admit being a sucker for these kind of movies and the trailer does look interesting even with Russel Crowe’s outrageous accent, which makes it seem like he didn’t let go of Les Miserables.

Have a look and let us know what you think!

The film marks the directorial debut of Academy Award®-winning screenwriter Akiva Goldsman (“A Beautiful Mind”), who also wrote the screenplay, based on the acclaimed novel by Mark Helprin. Goldsman is also producing the film with Marc Platt (“Drive”), Michael Tadross (“Sherlock Holmes”) and Tony Allard (Showtime’s “The Baby Dance”).  The executive producers are Kerry Foster and Bruce Berman. 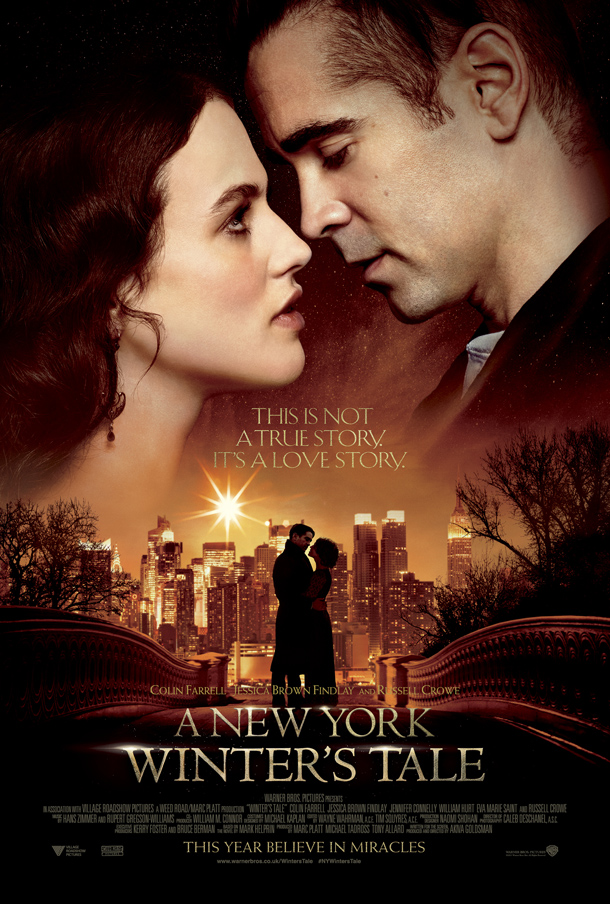