A movie big in hype but ultimately a let down in terms of Box Office and some would say in entertainment value.

Upodcast is joined by Bollyspice Editor, Prathna Tiwari, who like us is a huge Salman Khan fan. You can find more of Prathna’s work on SakhiSpeaks or catch her on twitter.

We talk about about the expectations the audience had and how the reception has been so far. We dissect some of the criticism leveled at the movie and how it holds up. Then we get into the most detailed analysis of Jai Ho that the world will ever see, the way only Upodcast can.

For all the new listeners out there do check out our other Episodes as well as the sperate tab we  created with all the interviews we have done.

You can subscribe with the links to iTunes to never miss a show.

We hope you enjoy the episode as it truly was one of our favorites to record, the comment section below is available for rants, complaints and feedback. 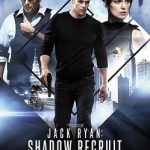 He can only dress in black, it matches his gun

A film right up my street to almost kick-off the year with.  An interesting one this as Chris Pine is now the 4th incarnation of the seemingly evergreen Tom Clancy character, having been played previously by Alec Baldwin, Harrison Ford and Ben Affleck.  Also starring Kevin Costner, Keira Knightly and Kenneth Branagh who directs.  I was interested to learn from my fellow co-host that Tom Clancy sold off the rights to his books and characters long ago and that Jack Ryan can now be portrayed more or less as the producers wish.  Thankfully the initial story is pretty darned faithful to Jack Ryan’s own backstory from the novels.  We see him studying in London, before joining the Marine Corp and injuring his back in a helicopter crash.  During his rehabilitation he meets his future wife Catherine, (Keira Knightley) and is drafted into the CIA by Thomas Harper (Kevin Costner).

Fast forward 10 years and using his cover as compliance officer at a major international bank, Jack Ryan uncovers a plot to financially cripple the USA and under KC’s guidance must prevent total global meltdown whilst keeping girlfriend Catherine in the dark.  When the Russian Federation loses a key vote at the United Nations, Ryan notices that the markets do not respond in the expected way. He discovers that billions of dollars in Russian assets have been secreted away to a level where the United States economy may become dependent on this secret Russian investment -traced directly to Viktor Cheverin (Kenneth Branagh).

Travelling to Moscow, Ryan is tasked with auditing Viktor Cherevin’s secret accounts, but before he can do much more than check-in to the hotel he has to survive an attempted assassination and winds up killing his would be killer.  Next thing we know Catherine, concerned Jack is having an affair, travels to Moscow and finds a gun in Jack’s bedroom and the whole thing unravels.  Hatching a plan to gain access to Cheverin’s secret files.  Ryan and Catherine meet Viktor for dinner over the road from his office; during dinner Ryan “gets drunk” and insults Cathy.  Excusing himself, he gains access to Cheverin’s office where he downloads critical files. He discovers Cheverin has been secretly propping up the Chinese and Japanese economies for 20 years, and that the entire global economy is vulnerable. Cheverin, alerted to Ryan’s infiltration, abducts Cathy. Ryan rescues her and we then wrap-up the action in the US as the plot to unleash a bomb in new York’s financial district is foiled.  Meanwhile, Viktor has been killed by his co-conspirators in Russia, having failed.

On the face of it that’s pretty standard spy fare – and Shadow Recruit is pretty much that: standard spy fare.  Kenneth Branagh directs it well enough and it looks great, but I have a series of niggles that I just can’t overlook.  Firstly it’s a long standing issue with me that whenever a civilian gets involved (against both protocol and reality) it just lacks credibility.  Alas Keira Knightly takes on this role and aside from finding her intensely annoying (apparently I’m in the minority for cottoning on so late) here, my heart sank once I knew she’d be undercover and in the field.  It’s as much as we have an agent with a bad back, being thrust a gun and told to get on with it, let alone his wife.  And no, no-one can get a Russian visa and just arrive in Moscow as quickly as she did.  I think it’s telling that the best and most convincing scenes aren’t actually the action sequences – Branagh is great as Cherevin and comes out with some excellent one-liners, delivered in a menacing English-Russian accent.  But Jack Ryan is supposed to get by on his wits and his brain, not his ability to drown a fat African in the bath.  I really want to like this movie but the straightforwardness of most things just kills it for me.  There’s not enough tension building up through it and although it moves quickly enough it lacks the conviction to be different.

Plenty of positives come out of the movie though.  It’s great to see Kevin Costner, older and wiser and bringing a nice sense of weariness to his role.  And I did love Branagh – some moments of pure wicked malevolence:  the scene with the light bulb is a great one.  Chris Pine certainly can act and I think he’s actually perfect for the role of Jack Ryan.  Assuming the producers want to roll out Jack Ryan as a Bourne-type franchise they should stick with him, but give him a lot more to work with.  Do that and ditch Knightly for the wife’s role and we should have something really good on our hands.  It’s very difficult to break into the truly action mould these days with the Bourne, Bond, Mission Impossible & other Jason Statham-ish characters who bring physicality that Ryan can’t / shouldn’t.  The writers need to figure out how to use his brain in a demonstratively better way and not give us something quite so indecisive.  Please sir, can I have some more?