It’s always hilarious to see kids act and say inappropirate things. The Jackass team behind Bad Grandpa are very aware of that and I assume quite a bit of their forthcoming release is centered around that premise.

Here is the clip, a new poster and a synopsis. 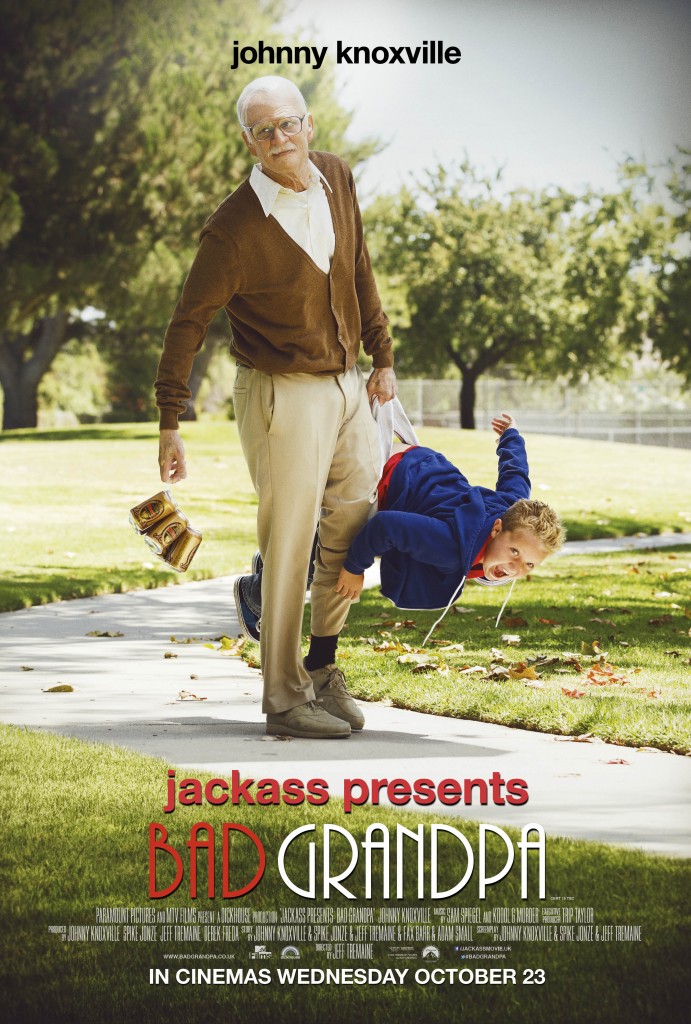 86 year-old Irving Zisman is on a journey across America with the most unlikely companion, his 8 year-old Grandson Billy in “Jackass Presents: Bad Grandpa”. This October, the signature Jackass character Irving Zisman (Johnny Knoxville) and Billy (Jackson Nicholl) will take movie audiences along for the most insane hidden camera road trip ever captured on camera.

Along the way Irving will introduce the young and impressionable Billy to people, places and situations that give new meaning to the term childrearing. The duo will encounter male strippers, disgruntled child beauty pageant contestants (and their equally disgruntled mothers), funeral home mourners, biker bar patrons and a whole lot of unsuspecting citizens.

Real people in unreal situations, making for one really messed up comedy.