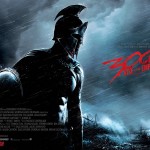 The rise of an empire

The stylistically-gory trailer for 300: Rise of an empire has just been released and Upod has also been given some cracking new posters for it.   Sequel to the hugely successful 300, these posters re-capture the original’s aesthetic and make me wish March 2014 was just around the corner.  One of very few trailers to genuinely make me want to see the movie, if you loved the first one, then check out the trailer below.  In fact even if you didn’t, you should have a look, it really has got me itching to see it already. 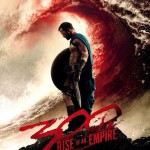 Based on Frank Miller’s latest graphic novel Xerxes, this new chapter of the epic saga takes the action to a fresh battlefield—on the sea—as Greek general Themistokles attempts to unite all of Greece by leading the charge that will change the course of the war. “300: Rise of an Empire” pits Themistokles against the massive invading Persian forces led by mortal-turned-god Xerxes, and Artemesia, vengeful commander of the Persian navy.

The action adventure stars Sullivan Stapleton (“Gangster Squad”) as Themistokles and Eva Green (“Dark Shadows,” “Casino Royale”) as Artemesia. Lena Headey takes a break from Game of Thrones and reprises her starring role from “300” as the Spartan Queen, Gorgo; Hans Matheson (“Clash of the Titans”) stars as Aeskylos; and Rodrigo Santoro stars again as the menacing Persian King, Xerxes.

The film is directed by Noam Murro, from a screenplay by Zack Snyder & Kurt Johnstad, based on the graphic novel Xerxes, by Frank Miller.