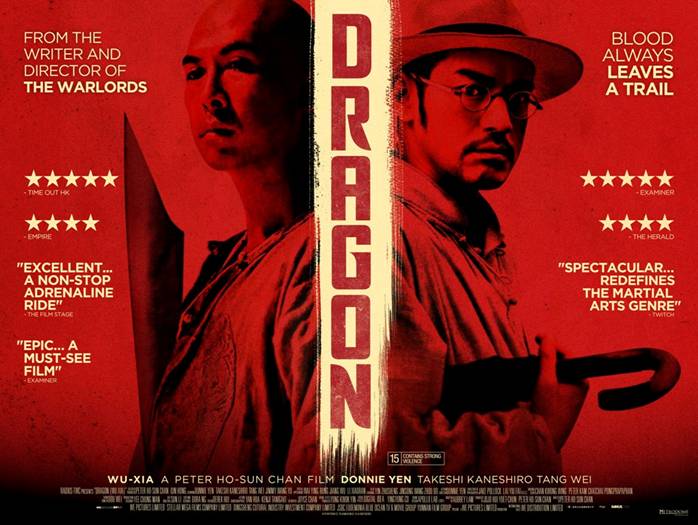 For our return after our hiatus from podcasting, we are taking on Donnie Yen – Takeshi Kaneshiro’ Draong (Wu Xia) just released in the UK! Part Martial Arts western, Part a re-imagining of Cronenberg’s A History Of Violence.

Here is a short Synopsis:

Liu Jin-xi (Yen) is a village craftsman whose quiet life is irrevocably shattered by the arrival of two notorious gangsters in the local general store. When Liu single-handedly saves the shopkeeper’s life, he comes under investigation by detective Xu Bai-jiu (Kaneshiro). Convinced that Liu’s martial arts mastery belies a hidden history of training by one of the region’s vicious clans, Xu doggedly pursues the shy hero—and draws the attention of China’s criminal underworld in the process.

For everyone else, you can download/ stream our UPodcast below!