Now is the time for Now TV 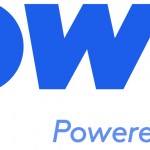 Another Upod exclusive?  That’s right folks – we really do suffer so you don’t have to.  Upod attended a little launch for Now TV yesterday evening, appropriately held in London’s Film Museum in Covent Garden.  We were treated to in-person demos of the new service in a re-created house, which was pretty cool.

Building on the increasing popularity of watching TV over the internet, NOW TV will offer access to Sky Movies – the UK’s most popular subscription movies service – in a new way. It is easy, flexible and great value – with no contract, set-up costs or installation fees.

The service is available to anyone in the UK with a broadband or 3G connection across a wide range of connected devices including PC, Mac and selected Android smartphones from launch; with iPhone, iPad, Xbox, Roku streaming players and Sony Playstation 3to follow. Each device has an optimised design to deliver quality streaming with buffering minimised by the use of adaptive bitrate technology. 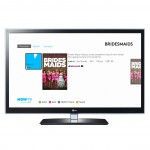 Nice & uncluttered, unlike some others...

For total flexibility, NOW TV customers can ‘pay & play’ for instant access to an extensive range of over 1,000 movies through Sky Store including the very latest ‘now on DVD’ releases and much-loved classics.  From launch, ‘now on DVD’ titles will include recent releases such as We Bought a Zoo, The Woman in Black, The Best Exotic Marigold Hotel, This Means War and Ghost Rider: Spirit of Vengeance. ‘Pay & play’ movies on NOW TV range from 99p for classic titles to £3.49 for the latest blockbusters.

For an all-you-can-watch experience, NOW TV also offers the monthly Sky Movies Pass with instant and unlimited access to the entire Sky Movies collection. At any time, customers with a Sky Movies Pass can choose from over 600 movies, including recent blockbusters and classics from major Hollywood studios such as Disney, Fox, Paramount, Sony, Warner Bros., and Universal.  Each Friday, there are up to five new and exclusive Sky Movies premieres, at least 12 months before they are available on other online subscription services. In fact, Sky Movies offers customers access to around three-quarters of the year’s top 100 UK box office movies.  At launch, the Sky Movies Pass comes with unlimited, instant access to titles such as X-Men: First Class, Bridesmaids, Green Lantern, Cowboys and Aliens and many more. 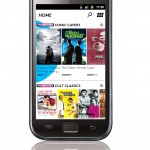 Available to anyone in the UK with an internet connection, NOW TV will launch tomorrow on PC, Mac and selected Android smartphones; on iPhone, iPad within the next month, on Xbox later this summer and YouView when it launches. NOW TV will continue to develop for other platforms and devices, including Sony Playstation 3 and Roku streaming player, with further announcements to follow.

So, if you’re like me and you don’t want to commit to a whole package and a year long buy-in, then this really could be for you.  The Sky TV content is a massive coup and being able to pick and choose your content is fantastic.  I also know from speaking with the guys, that they intend to to be very customer friendly, so no quibbles over refunds!