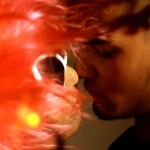 The 3rd Edition of the London Indian Film Festival (20 June – July 3) is a feast for the senses, featuring circuses, mobsters, cockfights, transvestites and kite-flying, set in some of the world’s greatest cities and some never before seen virgin locations.

With funding from Film London and supported by the BFI and BAFTA, and sponsored by Western Union, the festival brings to UK audiences a selection of cutting edge films from some of the hottest independent talents from India, UK, US and Bangladesh.

The UK Premiere of Anurag Kashyap’s Gangs of Wasseypur, right after its full house screenings at the Cannes Directors’ Fortnight, opens the festival, at Cineworld, Haymarket on 20 June. British director Danny Boyle has cited Kashyap’s Black Friday as an inspiration for Slumdog Millionaire. The film is produced by Viacom 18.

The festival hosts World Premieres of two British films. Tooting Broadway featuring Elizabeth Henstridge,who has been touted the next Keira Knightley, from her beginnings in the TV series Hollyoaks, to her new status in Hollywood, where she will be seen in the upcoming horror film by the Butcher Brothers’, The Thompsons. Arjun and Alison has a storyline with parallels to the murder of British teenager, Stephen Lawrence and is a film that tackles racism in British society.

The festival will go on to showcase the work of the new wave of independent South Asian and British Asian filmmakers, including a director only named as Q, Rajan Khosa and Srijit Mukherji, whose thrill a minute whodunit Baishey Srabon (Seventh August) will close the festival on July 3, alongside a Q&A with its beautiful actress, Raima Sen.

The festival will stretch city wide, in venues like the Tate Modern, Cineworld O2 and ICA for the very first time and returning venues like the BFI Southbank, Nehru Centre, Watermans and Cineworlds Trocadero, Wood Green and Wandsworth.

“As part of the festival we are undertaking several exciting new commissions, mixing film and arts, one of these is Gandu Circus – a live Jungle – rap rock performance by Kolkata based rapper and revolutionary film director, Q. This performance will be performed on stage at BFI Southbank on 21st June after a screening of Q’s film Gandu, a compelling story of a young Bengali teenager addicted to rap and sexual fantasies. Expect some special guests on stage including Asian Dub Foundation’s Steve Chandra Savale, joining Q for this one-off, unforgettable performance!”

The Satyajit Ray Foundation’s Short Film Competition has joined the Festival with the winning filmmaker receiving a £1,000 Award on 3 July at Cineworld, Haymarket.

All audiences at the festival will be encouraged to vote for this year’s Western Union Audience Award and the winning feature film will be announced at the close of the festival.

Tickets are currently on sale at the BFI and Watermans and sales will commence at Cineworld and other venues from 1st June.