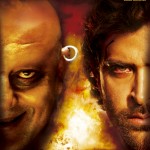 One was a national award winner yet considered a failure at the time of release, the other has now set new records in terms of box office opening. Today Upodcast is joined by Josh Hurtado the main Bollywood and South Indian film writer from Twitchfilm for a new episode of Battle Of the Remakes: Agneepath.

We start off with our expectations after watching the awesome trailer of the new Agneepath starring Hritik Roshan, Sanjay Dutt, Rishi Kapoor and Priyanka Chopra, we delve into a deeper review after talking a bit about the original 1990’s version by Mukul Anand starring Amitabh Bachchan, Danny Denzongpa and Mithun Chakraborty both produced by Dharma. We delve deep into the stand our performances, the dissapointments and some of the editing and directorial choices of Karan Malhotra.

We also talk about the merits of Chikni Chameli, why it’s only dangerous to smoke when Katrina Kaif lights up your beedi, compare Kung Fu Hustle to Agneepath and  finally why this version of Agneepath is the perfect movie for anyone who isn’t a regular Bollywood viewer.

Do check out our previous Battle Of Remakes, where we put 2 versions of the same movie head to head.

Subscribe to us on iTunes and leave us a review!

As usual we talk at length and about every possible detail of the movie.

Enjoy and let us know what you thought of the show!