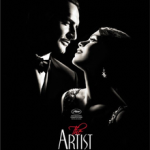 Not coming to a UK screen soon

The Artist is the latest film from director Michel Hazanavicius.  Re-uniting Jean Dujardin and Berenice Bejo (also from Hazanavicius’ hilarious OSS117: Cairo, nest of spies) the Artist tells the story of the fall of a silent movie star, George Valentin (Dujardin) and the rise of Peppy Miller (Bejo) when the talkies were becoming the norm in Hollywood.  So, nothing special there; but where the movie will surprise is that it is both black and white and silent.  Very much a rarity in the age of Michael Bay & 3D, I for one cannot wait for the UK release.  And this I guess, is a teeny problem…slated for release in France on October 12th and in the US on November 23rd, the UK still has no date confirmed.  I am sure that this will change once the movie has its mainstream release in various other markets, so until then, we will have to content ourselves with the trailer.  You can enjoy Jean Dujardin’s Cannes Film Festival Best Actor winning performance, all too briefly, below.  Oh and Berenice Bejo looks as gorgeous as ever.