Drive – quite possibly movie of the year 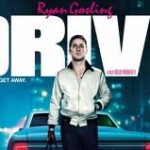 A star is born

Having heard a lot about The Pusher and having seen Bronson, I’m not sure why I was quite as surprised as I was by how damned fine the film is.  It’s a pretty easy plot – stunt driver in the movies has a sideline at night driving getaway cars, falls in love with his neighbour and pulls one last, ill-fated job – but this sets expectations so low against what is delivered – Nicolas Winding Refn has really delivered with this movie.  First off, it would be remiss to not talk about the violence and there are some supremely bloody scenes in the film; really quite explicit and graphic but not gratuitous.  This is balanced by a very tender relationship between Ryan Gosling and Carey Mulligan which is not expressed in the conventional manner: there is but one kiss that is shared throughout the film.  For more on Refn’s observations about love and violence, see the clip from BBC Breakfast…

So, Drive is a truly original film; a tremendous re-imagining of the “man with no name” concept and not easy to pigeon-hole.  That we don’t know any back-story about “Driver” makes this all the more compelling.  For that I guess we have to read the James Sallis novel upon which the film is based.

Everything else aside, what else makes this such a winner (literally as Refn won Best Director at Cannes earlier this year for Drive)?  Well for a start, LA at night is shot wonderfully (as it is during the day too).  There are some great performances from the whole ensemble cast; standout from Gosling and I thought notably from Bryan Cranston who, not having seen Breaking Bad, for me will forever be Hal, the father in Malcolm in the Middle.  What will stay with me most I think will be the soundtrack; almost an ever-present in the movie and the most perfect complement to the visuals and story.  I was reminded both of the Scarface and Heat soundtracks – a brilliant blend of electro-pop-synth and moody atmospherics, particularly in the opening sequence.  A modern day noir, Drive gets the Upod thumbs-up, so treat yourselves and check it out as soon as you can.  A clip is below just in case you need more encouragement.