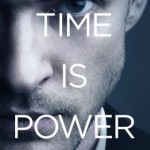 1 thought on “Trailer: ‘In Time’ or can Justin Timberlake be an action star?”