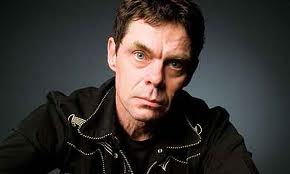 Repeated from July 2010, Rich Hall‘s The Dirty South, shows the comedian turning his attention to Hollywood‘s portrayal of the south.Â  And to be more accurate, how it has misunderstood, misrepresented and mis-sold the southern states.Â  Using interviews, archive footage and movie clips, Rich states a brilliant case that will make you think twice when you also fall back on generalisation and cliche when describing or poking fun at the south.

Aside from Hall’s general presentational style (best described as flat or deadpan and also ascerbic) which I enjoy, clips from Deliverance, In the Heat of the Night and To Kill a Mockingbird are brilliantly used to re-enforce his point.

WhilstÂ the easy path to take is one that mocks the south and southerners, at least for those of us who’ve never been there, don’t live there…Rich Hall’s documentary shows us a friendly, vibrant and most definitely mis-understood south that we should not be quite so quick to parody and take the piss out of.Â  At the very least,Â the programme explains why we may have such simplistic views of this part of the US and his revelation about Burt ReyoldsÂ is absolutely outstanding.Â  Catch it on BBCÂ iPlayer while you can.

1 thought on “Rich Hall’s Dirty South, or, How Hollywood just doesn’t get the South”