Episode 13: Battle of the Remakes Hitch vs Partner 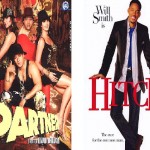 The Upodcast team is back after a long hiatus! For our season premiere we have a jam packed show for all you guys! And for this weeks Battle of the Remakes we are taking part in Govinda Week!

Check out the brand new episode after the jump!

To warm up we discuss The New Karate Kid, here is the trailer:

The Fifa World cup: Marty gives his take on the opening ceremony, the official world cup Theme song by K’naan.

The Final seasonÂ of 24: Ahmed talks about his deep love for Jack Bauer and berates Asim for not catching up yet!

Misfits: Asim recommends UK superhero show which is a cross between Heroes and Skins

Battle of the remakes is Hitch VS Partner!

We take part in Govinda week with a special thanks to our blogger friends participating:

Hitch is a 2005 romantic comedy film, directed by Andy Tennant and starring Will Smith. The film, which was written by Kevin Bisch, co-stars Eva Mendes, Kevin James, and Amber Valletta.

Partner is a 2007 Bollywood film directed by David Dhawan, and starring Salman Khan and Govinda in the lead roles. Salman is paired with Lara Dutta and Govinda with Katrina Kaif.

Let us know what you thought of the episode on the comment below!

3 thoughts on “Episode 13: Battle of the Remakes Hitch vs Partner”