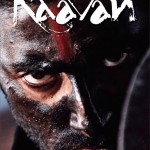 As this is just a teaser and not a full trailer we only get a few shots and a few impressions of the music by AR Rahman , fresh from his Oscar win and Blue failure. I don’t remember being this excited by another movie release that wasn’t somehow Salman Khan related.

The cinematography looks amazing and Abhishek has been working on this hard for a pretty long time and even Aishwarya Rai BachanÂ hasn’t really done a movie in ages.

Raavan is according to unreliable sources on the interwebz an loose adaptation of the Ramayan, one of the main mythological stories from the Hindu religion but we’ll jsut have to wait to find out.

Together with Mani Ratnam and AR Rahman this is the closest you can get to a dream team in Bollywood.

24th April is the date of release and we the mango people are waiting with baited breath.

Leave us your thoughts on the comment section below!