Now, don’t think for a second that the reason for this post is that I am a 50 cent fan at all, if any thing I’m behind Jay-Z a 100% when he said “I’m afraid of the future (why?)
yall respect the one who got shot I respect the shooter!”

Read it and see the dedication that actors (and I’m using the term loosely) go through for movie parts!

A gaunt-looking Fiddy is unrecognisable after shedding almost four stone for an acting role.

In the movie, Things Fall Apart, 50 plays a US football star who is diagnosed with cancer. And hes certainly taking it seriously.

Not only has the rap star shrunk down to a tiny 11 stone 6lbs, losing six inches from his waist in the process, hes also removed all of his tattoos for the role.

But the 34-year-old wont stay super skinny for long. Filming has finished and Fiddy starts a US tour on Friday so is eating normally again.

Ill be back in shape in no time, he added.”

Soundtrack to our Lives: Moby / UNKLE â€“ God Moving Over The Face Of The Waters

Once in a while something comes along that ticks a lot of boxes in one go and takes you by surprise.Â  Whilst trying to find an MP3 of Moby’s God moving over the face of the waters, (taken from the soundtrack of the cops n robbers classic Heat) I came accross this remix from UNKLE. IÂ already have the soundtrack on CD so not even sure why I was searching for something I already own, but coincidence is a fine thing when you combine a few things that already hit the spot on their own; in my case UNKLE, Heat and the Moby track taken from the film.Â Â

I was very curious to see what they’d done with Moby’s track, expecting a bunch of breaks and tweaks with some fucked-up samples thrown in for good measure.Â  How wrong I was!Â  UNKLE, James Lavelle’s brain child, are probably best known for the Rabbit in Your Headlights video – you know, the one with Thom Yorke‘s vocals and a banned (at the time) video in the UK, featuring a guy getting repeatedly run over by carsÂ (also samples movie dialogue…this time Danny Aiello from Jacob’s Ladder).Â

Â (NOTE: flashing video…you may have a fit)

AliveÂ Â about the plane crash in the Andes where the survivors ate the dead passengers to stay alive themselves.Â  Slowly but surely though, the remix takes shape; the beat starts, snares start, more strings and thunderclap drums an everÂ increasing tempo until…stop!Â  Back to piano with just the vocal “my mind is in a state” with strings building and building.Â  Really this is a journey you’re taken on and whenever the track does break down, itÂ lifts you right back up to where it left you.Â

I first started listening to UNKLE in the mid 90s and I have to be honest this remix took me by surprise, but in a GOOOOOD way!Â  More house than breakbeats and scratches and more DJ Tiesto than DJ Shadow I can only imagine how well this would go down in a club at 4am and erm, possibly with the addition of some substance or other (or not) to help things along.Â

The Malkovich dialogue can be seen here Â and adds a philosophical touch that compliments the track well; especially when you throw in the fact that God Moving Over the Face of the Waters is a biblical quote from Genesis chapter 1 verse 2.

So, all in all a fantastic track and one that I’m glad that I stumbled upon – Moby, Heat, Malkovich, UNKLE are strange bedfellows but believe me this one works damn damn well.Â  That’s not a great conclusion, but I’ll just leave it with a reviewer from YouTube who simply says:

Since I saw a small newsreel about a new form of entertainment created in the banlieue’s of Paris, I have pretty much been obsessed with Free Running or Parkour. Then came Yamakasi and both of theÂ District B-13 movies (Banlieue 13)

A past-time for bored kids that has slowly turned into a global phenomenon partly because of the Bourne movies and the James Bond reboot, Casino Royale. Check out a Parkour video after the jump as you have never seen it before.

END_OF_DOCUMENT_TOKEN_TO_BE_REPLACED

Jimmy Kimmel has launched a handsome men’s club, obvisously the Upodcast team was the first to receive an invitation. Jimmy presents a late night entertainment show and altough he may not be as well known as hisÂ rivals Jay Leno, David Letterman and previously ConanÂ ‘O BrianÂ but he is a lot younger and has been better at creating a few viral campaign that have generated quite a lot of buzz. First there was the “F*cking Matt Damon” with Sarah Silverman, and his celebrity appearance laden retort “F*cking Ben Affleck“. This time he takes it up a notch. Check out the hilarious clip after the jump! END_OF_DOCUMENT_TOKEN_TO_BE_REPLACED 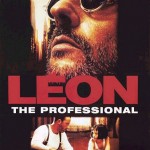 This week the Upodcast team will astound you guys by talking about a Flying car (Ya, that’s right)!!!A documentary entitled Why We Laugh and finally the LOST iPhone 4G!! PLUS our special guest for the evening Mr. Ali; no connection to Ali’s “float like a butterfly, sting like a bee“, although in his head he is!!

We also have a full review for Leon the professional; Kick back and enjoy while you see Jean Reno take on the world with his mini arsenal that he has wrapped around him throughout the film, needless to say a film like such can only come out from Luc Besson’s intense imagination! Let’s not forget Natalie Portman, at 16 years old going in a film with Jean Reno, now is that not the dream of any 16 years old to act with Mr. LEON! Last but not least the one and only Gary Oldman who ROCKED his role!

Check out the trailers and full episode to stream or download after the jump!

Underwhelming Trinity (the quirky side of internet life) for this week is:

Ahmed gets caught up in the craze of the lost and found new generation iPhone 4G thanks to Gizmodo and MacRumours! Also, if you get a chance check out Jon Stewart’s reaction to the topic!

Asim talks about a documentary he has recently saw Why We Laugh: Black Comedians on Black Comedy (2009)

Martin this week talks to us about a flying car! Check out Ahmed’s and Ali’s reaction to it! Simply priceless!!

I hope you liked the show! Do spread the word on our podcast and a BIG thank you to all our new followers and subscribers.

PS I have just checked out last night Iron Man 2 and oh my god! IT ROCKED!! Plus I have a new founded respect for Scarlett Johansson not only her hottness overwhelms you but we will be seeing her in loads of action movies, because Miss Hottie CAN whup some ass!

Send us your feedback on feedback@upodcasting.com/, even if it is on Miss Scarlett Johansson!!

Send us your picks for underwhelming trinity or stat of the week and we’ll read out your email or play your recorded voicemail!